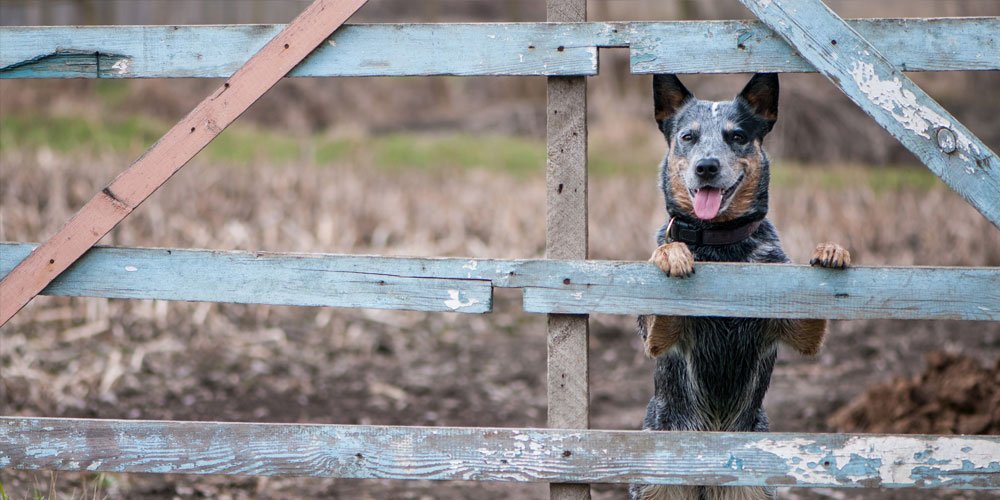 If you are a regular reader you will know dogs are a big part of my life. I always had a dog as a child until we left the farm. Then I had a 10-year break from having a four-legged companion, but from my early twenties I either lived with someone who had a dog or had one myself. Looking back, I really don’t know how I survived that 10 years without one.

Anyhow, our latest addition is a kelpie/cattle dog cross named George (named in honour of the last dog I had on the farm) and boy is he a handful. Any dog we have had in our household has three jobs: walking, listening and sitting with me peering endlessly at the water is one; being loving around the house is two; and not letting anyone steal my TV is three.

George has the TV covered. I have never had a dog with such acute hearing, so TV burglars are in trouble. He can hear old mate take a lid off a container from any part of the house or yard and immediately turn. (Like his owner he is massively food driven.) He has loving covered, but struggles with sitting and listening unless he is actually sitting on top of me.

Walking was originally a problem as he wouldn’t go past the corner of our street – which I think has something to do with his acute hearing as a dog barked during one of our first ventures into the big wide world and he decided he didn’t want any part of it and headed home. This went on for a few weeks and during that time he used all his pent-up energy systematically killing every bromeliad in old mate’s garden. Also during that period, he and his owner both put on weight due to a lack of exercise.

Did I mention the cattle dog part? You know how they round up cattle, and as there aren’t any in my yard I appear to be the next best thing – he started to round me up.

Things weren’t going too well, but enter Kylie from Elite Canine Training, who trained George and his fat owner on what is expected from all parties. I think he is a slightly faster learner than me and a whole lot smarter, but thanks to Kylie and the master of our house (who happens not to be me) we are getting there.

I realise how true this quote is: “Dogs do talk but only to those who know how to listen.” George, I’m listening.