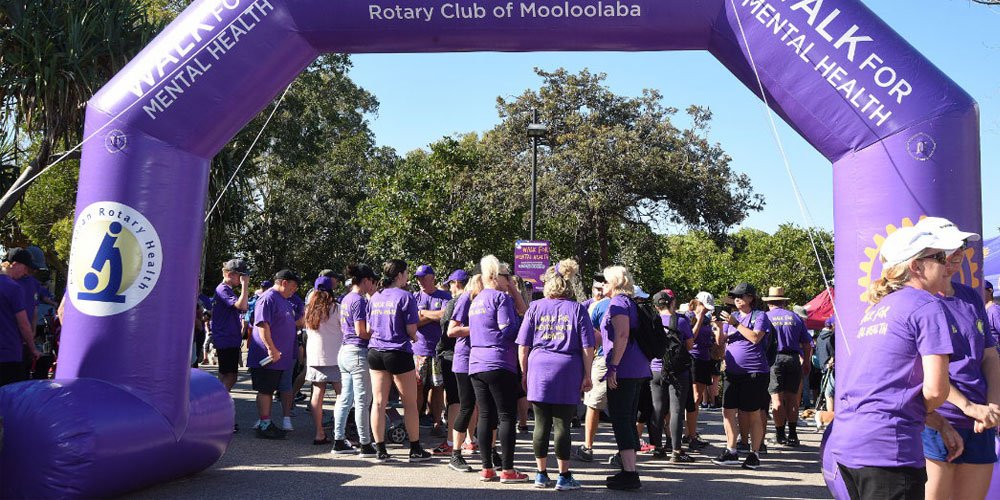 My timing is, on most occasions, usually off and the last couple of weeks have been no exception.

Months ago, I was asked to do a mental health walk and agreed immediately as I have had my own tussles with my mental health. I have also tried to help others by sharing my story, so was delighted to be involved. Then COVID hit, and my good friend Vicki Stewart contacted me to say it was back on. Under the umbrella of Mooloolaba Rotary Club, the walk is called Lift the Lid Walk (For Mental Health 2020).

I was pumped to be involved with the walk, which was on Sunday, October 11 from Mooloolaba Surf Club to Maroochydore and back, or a shorter option turning around at Alex Surf Club and heading back.

When I agreed originally I have had some knee issues, which I thought would repair, but about a month ago I found out I would need a small operation. I tried to put it off because I am basically a coward, but alas it was done three weeks ago so I was a non-starter for last Sunday, but was there in spirit.

Now I have an enormous respect for Vicki and what life has tossed up at her and how she has dealt with it, so I thought, because I couldn’t do the walk I would share some mental health stuff of my own and maybe someone will read it and support the walk next year or, just as importantly, support someone touched by mental health issues.

Mine started when I was about 18 and none would have known but me. Maybe if I decided to blow my head off with Dad’s shotgun it may have become more obvious I had some issues, but as I said, I am a bit of a coward so I didn’t do it. I tried twice and then after a period life turned around for me, I met my wife. I often have described that experience as I was lost and then I was found.

Years later, it did return but not as extreme and I learnt to deal with it by exercise and meditation, so it was under control, but still there. A couple of years
ago our family had a major drama that was followed by some serious health issues and an accident, which managed to become a positive. This made me realise that no matter what got tossed up, there was always someone worse off and we, as a family, and me, as an individual, were actually lucky. And guess what, my mental health issues have all but disappeared.

Well done Mooloolaba Rotary and Vicki and her band of volunteers and all those that participated. Maybe if you read this you will get involved next year. If you still aren’t convinced I will leave you with this.

I was at funeral a few years ago of a young suicide victim, and his uncle described depression like this, if you broke your leg and then ran in a marathon with it still broken, people would cheer you on, which is what having depression is like, but no one can see it and no one is cheering.

See you next year.