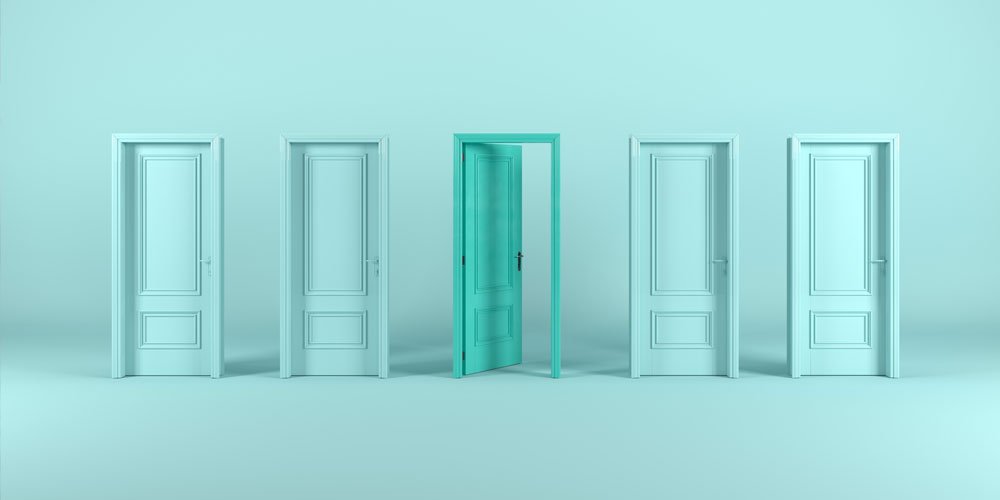 There is an absurd but wonderful debate sweeping the internet. I am totally caught up in it and I am sorry in advance as you will probably be caught in the quandary as well.

Are there more doors or wheels around the globe? Yep. You read that correctly.

Earlier this month a Kiwi posted the question on social media: “My mates and I are having the STUPIDEST debate. And I am here for it,” Ryan Nixon wrote.

Wheels won the poll, with 54 per cent of the vote. Everyone seems to have an opinion and those on Team Door argue that there are thousands of skyscrapers with thousands of doors in each one and do not get us started on cargo ships with all those doors. We all have houses with hundreds of doors including microwave and fridge doors.

I know. I know. You smarty pants people are saying ‘but the fridges are on wheels and the little turntable plate inside the microwaves are on wheels’. Others on Team Wheels are urging us to think about the number of suitcases and bicycles in the world. I know in our house we have a lot of toy cars and each one has four wheels.

Team Doors argues that cruise ships have hundreds of thousands of doors. What about jail cells around the world? That is a whole lot of doors to count.

One keen supporter of Team Wheels on Instagram said, “Very solidly wheels. All cars have four wheels but two to four doors. An average home may have six to 10 doors, but it also has three suitcases with six to 12 wheels. A collection of toy cars may have 400 wheels. Then add all the world’s buses, trains and freight trains. Aeroplanes, lorries, skateboards, roller skates, dishwashers, draws, steering wheels, chairs, hospital beds, washing machines, trollies and toy cars all have wheels.”

At the end of the day, I do not know the answer, but I am spending way too much time thinking about this crazy question. Perhaps I need to admit it is a riddle that will never have an answer, such as how many grains of sand does it take to become a pile of sand and why do we wait until night to ‘call it a day’.