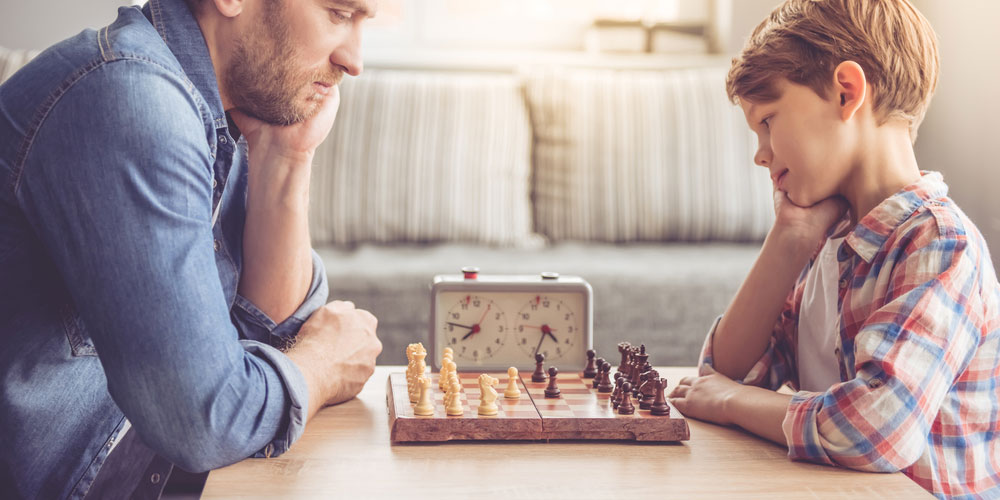 Well, it’s happened. I can no longer beat my eldest son  at chess. I don’t mind so much, but he could have  at least waited until after he started  chess lessons so I could salvage  some respectability.

It’s been coming for a while, so I was relieved when he renewed an interest in handball, a game in which my muscle memory still allows me to be competitive.

I’m talking the Australian version of course – concrete squares, a tennis ball (although we use a fur-less version which bounces better) and a few simple rules.

Sorry, just joking re that last point – handball is the only game I know where the rules change considerably from  state to state, suburb to suburb, house  to house.

1.When you hit the ball it has to bounce in your square before it lands in your opponent’s square.

Well it was for the start of the game. And by the start I literally mean the very first game.

After that it became a war of attrition as I tried to maintain the status quo while  my boys were eager to invent new interpretations of the rules.

The following improvisations occurred within the first 30 minutes:

These changes were nothing compared to the anti-tantrum and pro-peace guidelines that had to be adopted to prevent the constant walkouts:

To infinity & beyond
Questioning democracy