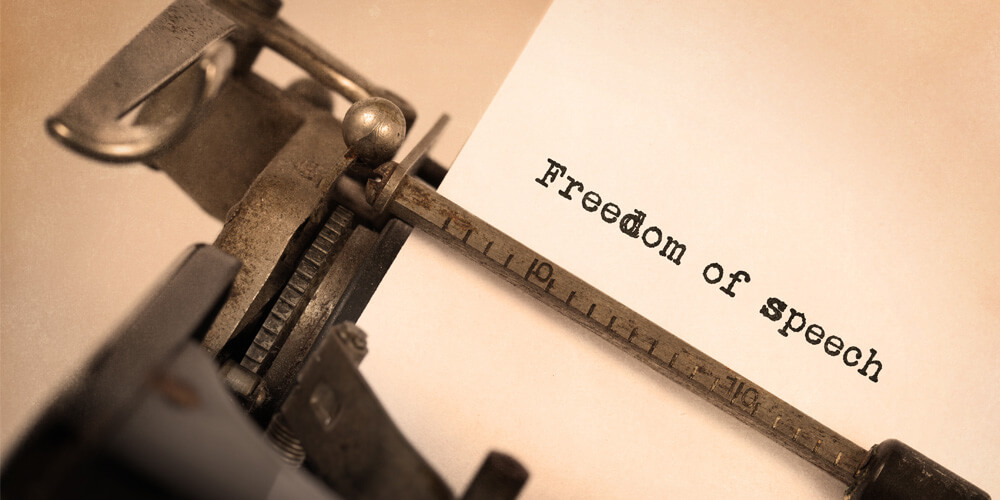 Freedom of speech means freedom for those who you despise, and freedom to express the most despicable views. It also means that the government cannot pick and choose which expressions to authorise and to prevent.

The horrific mass murder in Christchurch last month is predictably becoming something of a lightning rod for all the nut jobs and extremists looking for their 15 minutes of fame. And that is despite the best efforts of the New Zealand government to control the narrative and take the oxygen from the fire.

That politicians seek to aggrandise themselves and politicise any debate over ‘who is to blame’, only serves to divide the community more. At a time when those divisions need to be healed more than ever. Jacinda Ardern’s efforts aside, it is both embarrassing and frightening to witness the lack of leadership in our nation.

One cannot open a newspaper, login online or even sit at the local bar without reading, seeing or hearing countless examples of myriad divides between all members of society. Right and left, Christian or Muslim, atheist or religious, man versus woman. It is interminable.

But perhaps more frightening is the concerted efforts by some to silence this social discourse. Laws prohibiting not just ‘hate’ speech, but which seek to criminalise behaviour that merely causes offence, is being promoted around the world. There is a difference between debate and actual division.

The idea that the civic behaviour of society can be regulated by laws is just plain nonsense. Our jails are testament to that (speeding fine, anyone?). Worse, these laws are the most egregious example of our leaders abdicating their responsibility for leading, for guiding our community.

You cannot govern the differences between people. Laws suppressing the freedom to express one’s views, and thus one’s individuality and own identity, will only ever serve to create true division. The ‘othering’ that flows from division, springing from the pressure of suppression of ideas and identity, is the foundation of tyranny throughout history.

But the freedom to say and think what one feels is not a freedom that can be enjoyed in isolation. It carries with it a responsibility. And that is that despite one’s views, don’t be a jerk. This is something our leaders could do well to remember.

A soulful connection
Don’t mess with my buns