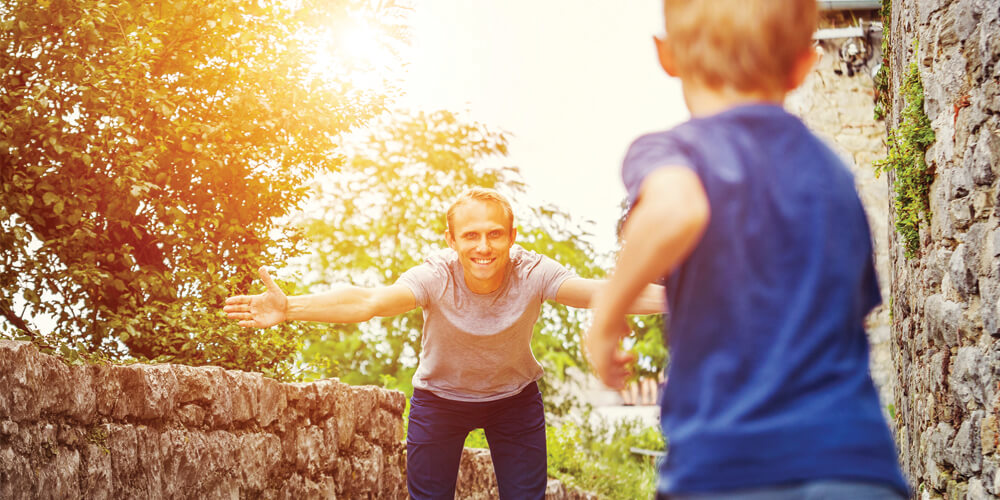 Did I ever tell you about our friends who, after having a girl, decided to try just one more time for a boy?

They had triplets – all girls.

Why do I mention this? Firstly because I think it’s a cracker of a story that never fails to get a reaction and also I wanted to talk about boys and girls and how we treat them so differently.

It’s not just that many of us dress little boys in blue and girls in pink, or buy planes and tanks for boys and dolls and toy kitchens for girls – we don’t talk to them the same either.

The 2014 study Gender Differences in Adult-Infant Communication in the First Months of Life found that mothers talk more to their daughters than to their sons.

“Findings also suggest that parents may also respond preferentially to infants based on gender.”

And it’s not just how long we talk with girls or boys; it’s what we say to them.

In another study, Spanish mothers were more likely to use emotional words when talking with their daughters.

And fathers did the same thing.

Other research also points to a gender divide when it comes to how we talk about risk to our children.

After a child has been hurt we are four times more likely to tell a girl to be careful so it doesn’t happen again.

I only have boys so I may not be the best guide, but when my eight-year-old recently got stuck on the top of play equipment (he does test the limits) and I had to be called from work to get him down, the thought never crossed my mind to tell him to not climb anymore – I just told him it was the right and brave thing to ask for help when he knew he had exceeded his limits.

Of course, all of this would be neither here nor there if it didn’t make any difference to the kids, but all the research suggests it does affect how boys and girls behave.

Studies have found that boys’ literacy and verbal skills along with the ability to express emotions are all impacted by this communication segregation.

What to do? The experts suggest we talk to boys about their feelings so they become used to it and it becomes just as natural as playing with a plane, or truck, or a Barbie doll for that matter.

P.S. Believe it or not my friends with four girls under three years of age tried one more time for a boy… and they finally got one – I think dealing with his emotions may be the least of his problems.

Why fan girl Sami Muirhead loves the Wiggles
Sex and the City: not another film