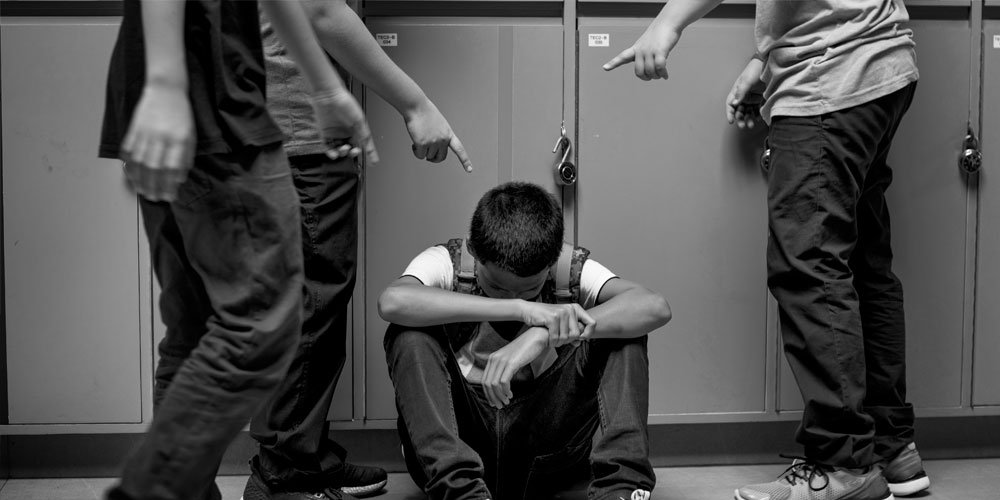 The image of nine-year-old Quaden Bayles leading the NRL’s Indigenous team onto the footy field on Saturday for the All Stars game captured hearts around the nation.

After a horror week of news, seeing the eyes of this little boy widen as he took in the thousands of fans cheering in his honour, brought on all sorts of feels. To see some good rise from the distress, gave us hope.

Quaden’s story of relentless bullying made headlines last week after his mother uploaded the heartbreaking video of her son sobbing uncontrollably. He begged to take his own life.

Do I agree with her choice to record this moment and share it with the world? Not particularly. But as a mother, I can understand how this woman must have been at her wits’ end and felt she had no other option. She wasn’t receiving the support she and her son so clearly needed, and took the matter into her own hands, the only way she knew how.

The result was a global outpouring of love, and some much-need attention about the affects bullying can have on a child’s mental health.

Children are bullied every single day. And the reality is that not all stories travel the path of Quaden’s, resulting in a funded trip to Disneyland.

According to 2018 McCrindle research, 2.3 million students nationally said they had experienced bullying, with one in five experiencing it on a weekly basis. Alarmingly, suicide is the number one killer of Australian teenagers.

Statistics indicate that anti-bullying seminars do have an impact in boosting a teen’s confidence in dealing with bullying. Many schools are also taking action.

However, as parents are we doing enough? Are we spending enough time talking with our children about what constitutes bullying, and taking responsibility and acknowledging when our kids are in the wrong?

Given it’s the start of the new school year, could we be gathering with other parents to hold frank discussions about how best to tackle the issue as a community? If we as parents are talking openly and honestly about bullying, we will set a good example for our children, and hopefully break down the associated fears of speaking out.

Bullying won’t be eradicated, but we can show our children as a community that it should not be tolerated.

An inconvenient truth
Farewell to a true lady