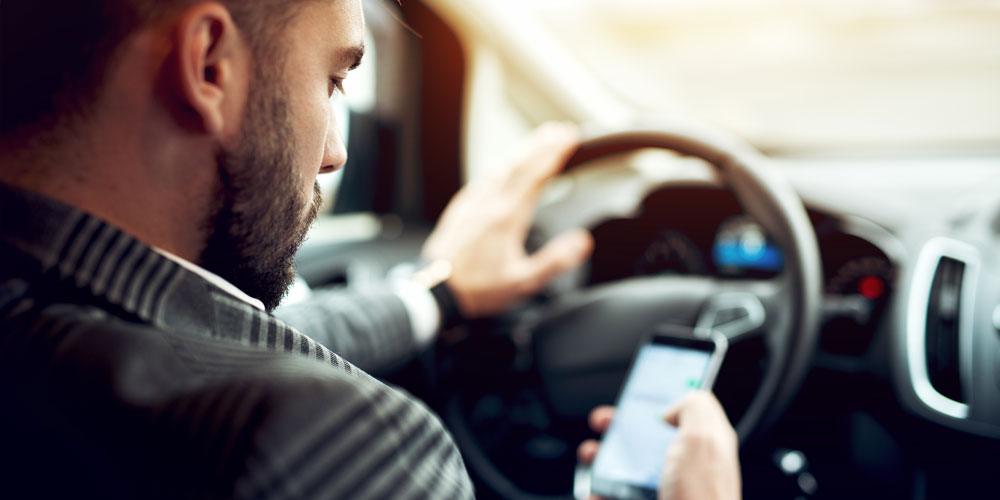 Mobile phones are like a limb, the absence of which makes us feel disabled and bereft, lost and alone and now, our mobiles are to be avoided like the plague – at least while you are in control of a vehicle.

Drivers: Touch your phone at your peril.Research shows that using a phone while driving is tantamount to driving slightly sloshed, but so many do it.

Some drivers know they shouldn’t be texting and driving, so do the sneaky and hold it low and on their lap.

But new detection techniques mean there is no hiding anymore: well-positioned, omnipresent cameras are on the lookout for drivers who are doing the double, and there is big hip-pocket pain for those caught out.

For the past three months, those caught on camera using their phone while driving were issued a warning. Incredibly, almost 19,000 drivers were snapped and received a stern letter.

Now it’s got real, with a $1033 fine and four demerit points for offenders seen from above – and double that if you do it again within a year. Many people are expected to lose their licences due to points lost.

It is even an offence to have the phone on your lap or any other part of your body or shoot off a quick message at the lights.

It matters not if the phone is turned on or in use when the eyes in the sky see the coming together of motorist and mobile: just being in contact is enough.

Provisional drivers have extra restrictions, including having their passenger use their phone and share the goings on via loud speaker.

The cameras were trialled from July to December last year, spotting more than 15,000 offending drivers. By comparison, 6125 infringement notices were doled out by Queensland Police for all of 2020.

Phone-fiddling drivers have clearly been getting away with their habit for a long time. Why has the government gone all tough on the use of phones in cars? Because they are a huge distraction.

Like the shiniest of shiny things, they take attention that should be being paid to the road and the cars around us.

When behind the wheel, we drivers have one job: to drive. We are now being watched to ensure that is all we do.

We can’t say we weren’t warned.