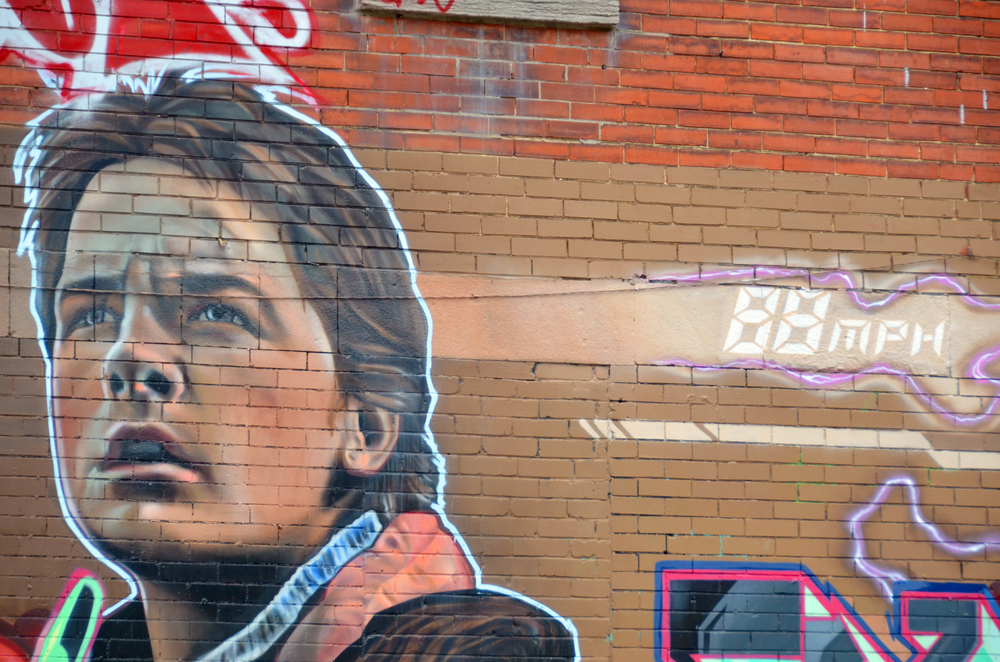 One of the things I cherish most about being a dad is being able to share with my children some of the cool stuff I did when I was a kid, whether it be climbing trees, playing Monopoly or most recently watching movies from the ‘80s.

For a few months now, my wife and I have been trying to get the boys to choose Back To The Future for our Friday movie night, but they’ve resisted, mainly due to the lame trailer we showed them.

If you get a second go to YouTube and take a look at it, Neighbours promos looks classy in comparison. It’s amazing anyone turned up to watch the movie at all.

But after launching a concerted communication campaign over many weeks, our six- and eight-year-olds finally succumbed last Friday and we all sat down to watch the first installment of the series, starring a young Michael J Fox.

Having seen the movie dozens of times, I paid just as much attention to the reactions of my boys as they took it all in – concerned the movie may not have aged as well as I had hoped.

I shouldn’t have worried; my boys screamed in horror when the younger version of Marty’s mum tries to kiss him, laughed when Biff’s car fills with manure, and twisted themselves in knots when the wire cable unplugs just before the lightning is expected to strike the town clock.

They rode every scene, just like we did all those years ago, and cheered with delight when Marty saves his parent’s courtship and his family’s future.

The only question my boys had when it was all finished was, “can we watch Back to the Future 2 tomorrow night?”

Which we did – although it’s a bit strange when the future depicted in the sequel was actually two years ago and my boys couldn’t help but point out how many things the movie got wrong (to be fair, it got a lot right: more robots, computerised petrol stations, fingerprint scanners and drones).

In many ways, this experience has provided my wife and I with a time machine to teleport our kids to the other wonders of the ‘80s, that decidedly weird decade that gave us leg warmers, the Rubik’s Cube, heat sensitive shirts and Cabbage Patch Kids.

I wonder if I could find some fluoro socks for them to wear before we watch Back to the Future 3 next week?

Continue Reading
You may also like...
Related Topics: 80s, Back to the Future, eighties, Michael J Fox, movie, Richard O'leary

Keep calm and play by the rules
Jon Snow, the Dragon Queen and peace in Greece