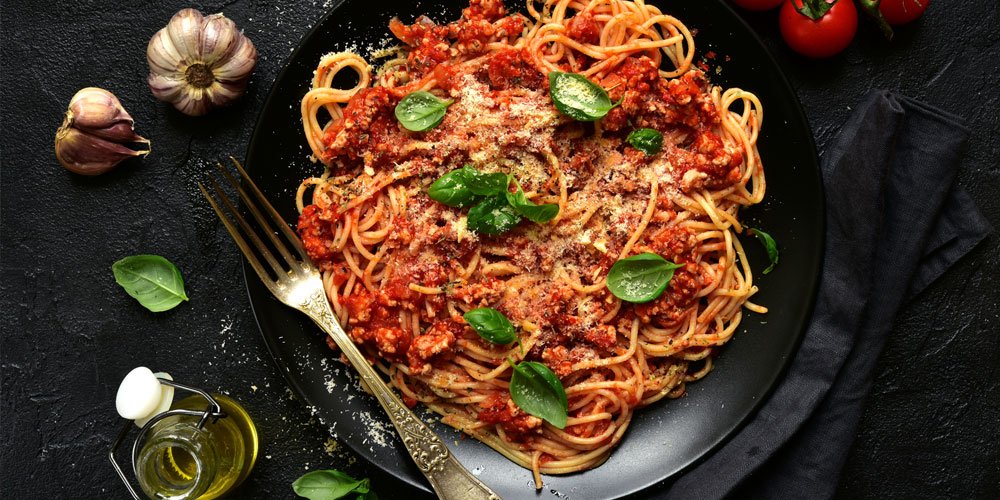 Spaghetti bolognaise is as universally loved as the Hemsworth brothers. Old-school spaghetti is really the heart and soul of comfort cuisine. It takes the gold medal every time when it comes to nurturing the body and spirit.

I take great pride in my spaghetti recipe, which has morphed over the years. I take a laissez-faire cooking approach and usually drink a few wines as I cook up my strange spaghetti and throw in some rogue ingredients along the way. I always play Frank Sinatra’s tunes and think I am Martha Stewart, even though this is the only dish I cook that my kids actually enjoy eating.

Lady Gaga announced this week she pours rosé wine into her special spaghetti bolognaise recipe and even the odd actual rose petal. So, I asked my friends what their secret ingredient is. The answers were crazy and creative, and some were so outrageous they even made me feel a little anxious.

Sandy puts good quality dark chocolate in her secret batch. My husband likes to put lashings of apple sauce on the finished product, as it is a Swiss throwback from his family heritage.  Candice adds a sneaky splash or two of her hubby’s special aged Irish whisky. Bonkers indeed, but I am going to try it. Balsamic vinegar and Vegemite had stacks of nominations, with friends swearing by both ingredients for that next level result.

Susan is all class and adds Persian feta right at the end to give the sauce more creaminess. Courtney adds chilli and fresh parmesan cheese. Yes please! Melisa swears by extra brown sugar and using beef and pork mince in the one batch.  Paula and Kellie use saffron powder to make the bolognaise a different colour. Jodie swears by blended Brussels sprouts for the nutritional win. Worcestershire sauce and eggs are two more popular additions to pour into the family recipe.

So, it seems we all take liberties with our spag bol and the twists keep on coming.  Sally loves sweet potato in her mince mixture and says it makes it creamier. Debbie says the main rule she adheres to is cooking it in a slow cooker and letting it simmer for at least four hours. Luke claims he pours in orange juice while Joanne swears by milk and soy sauce. Spinach, hot sauce, kidney beans and bone broth all got nominations. Trena Jane adds anchovies to her sauce and Christine sprinkles in cinnamon and Tabasco sauce. Zoey says she adds bananas!

So at the end of the day, I guess we all love the sport of putting a little twist on our family recipes but Julie wins the day with her admission that if you make the spaghetti with love, it always tastes a little more magical.