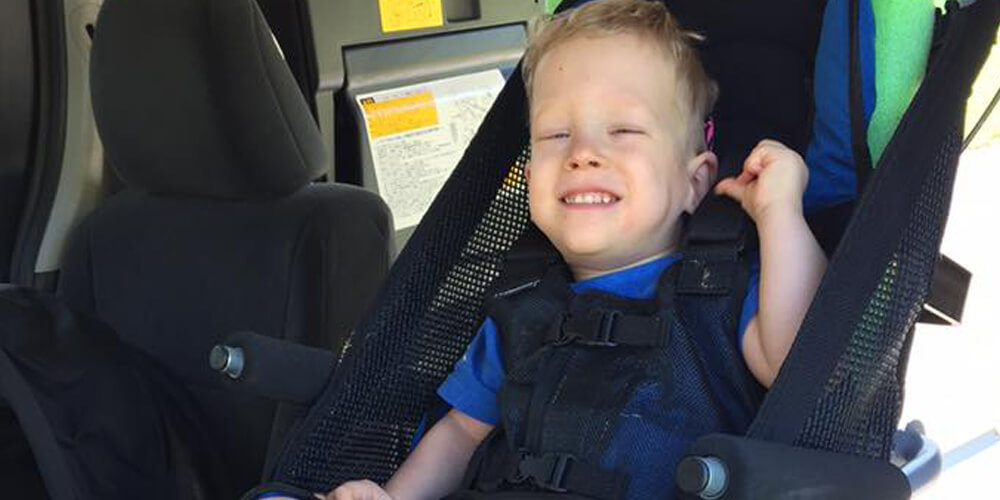 Some kids have much tougher battles than most in their daily lives. Little Jackson Hislop was born 15 weeks premature and now lives with quadriplegic dystonic cerebral palsy.

The plucky three-year-old also has a hearing impairment, which has delayed his ability to walk.

“Jack is the absolute light of our life,” she says. “Such a cheeky character. We spent the year after his diagnosis attending multiple early intervention therapies and saw the determination of our boy amaze us and all of his therapists along the way. Thanks to an overwhelming amount of support last year, we managed to provide Jack with all the equipment and therapy he needed through the year.

“We are so grateful. Jack doesn’t let CP hold him back from enjoying a full and happy life. Jack’s favourite thing to do is to get out and about and explore new places (the aquarium is the latest favourite), to go for a walk, and to people-watch.

Enter Sea Life Sunshine Coast. The centre is holding a fundraising event on Friday, May 4 for Jackson and will open their doors from 5pm to 7pm for a cost of $20.

There will be pirate-themed fun and of course the stars of the show (the sharks) will be in full flight in a rare night-time display.The staff are working for free and feel passionate about raising as much money as possible for this special little boy.

“We are hoping to raise both awareness for Jackson’s medical condition and funds to help equip their home for Jackson’s needs,” says Vicki Brown, operations manager at Sea Life Sunshine Coast.

The well-known local is one of the forces behind the success of the charity arm of Sea Life, which is celebrating 10 years of giving to kids. It’s called Merlin’s Magic Wand and it spreads magic to the kids who need it most.

“Firstly, magical days out where we give away almost 5000 tickets to Sea Life Sunshine Coast each year to local families and charities. We also visit the children’s ward every month with a portable touch tank and artefacts for distraction therapy and we have magical spaces where we raise funds to do a makeover for a local charity.

“Recently we did a toddler’s counselling room and playdeck at a SunnyKids refuge.  We raised over $30,000 for that one.”

So we hope to see you at the ultimate pirate party, or you can support Jackson on his Go Fund Me page if you search for his name. Charity really does start at home.

Continue Reading
You may also like...
Related Topics: Fundraising, go fund me, healthy

Royal wedding: Sami Muirhead says luck is on her side
On for young and old