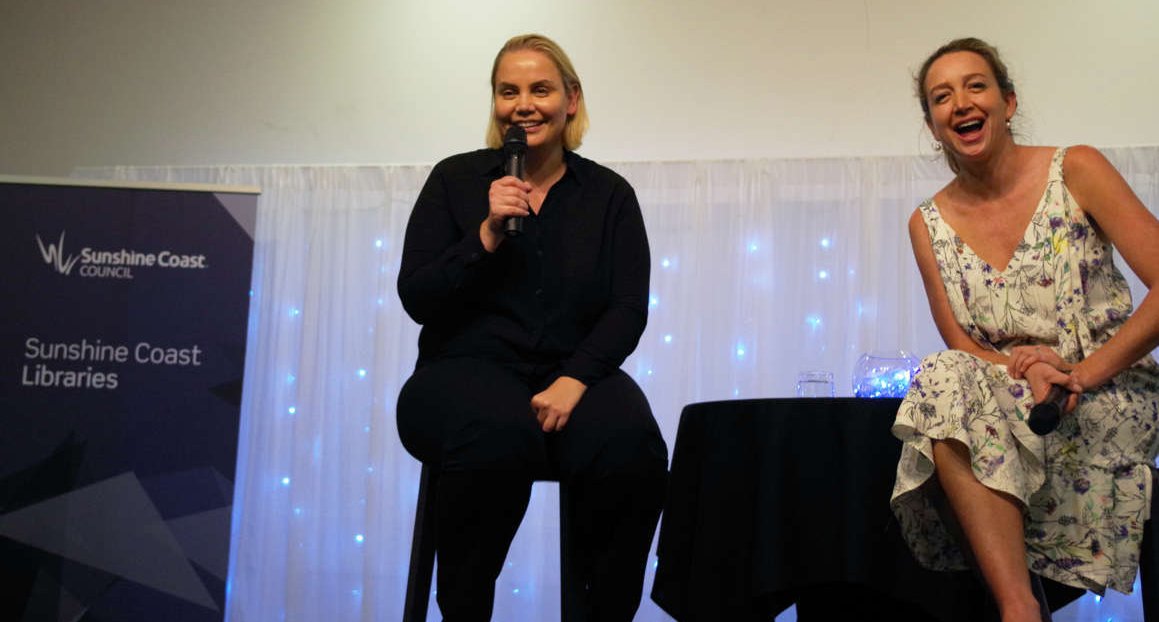 Unbreakable. It is the name of Jelena Dokic’s new book and it is a perfect word to describe this incredible woman.

Before hearing Jelena’s story I would have used words such as ‘solemn’, ‘disgruntled’, or ‘complex’ to describe the former tennis champion.

After hearing her story, I feel ashamed.  The former world number four player tells how many of us were almost entertained watching her abusive father’s crazy press conferences. He was often clearly drunk,  and even more often, incredibly angry.

Many of us thought Damir Dokic was plain bonkers, but that was all we thought. Did anyone ask what was happening to his daughter behind closed doors? Did anyone ask if he was a fit parent?

What was happening was in fact his gutsy daughter was being kicked, spat upon, whipped, and bashed to the point of passing out until she finally left home at 19.

Jelena told her harrowing story to a few hundred locals at the Maroochy RSL recently. You could have heard a pin drop in that huge room as she told her story.

How could this be true? How did this happen in The Lucky Country? The former refugee told the silent crowd about the awful years that followed her arrival to Australia as a refugee from the former Yugoslavia.

Jelena was emotionally tormented on a daily basis by her father and called words such as ‘whore’ from the age of 11.

At school she suffered racism and bullying. Her family were so poor they often went without dinner and all slept on a cockroach-infested mattress in one bedroom in Sydney.

When Jelena started earning money from tennis, every cent went to her father.

Can you imagine your pride if your child made it to the Wimbledon semi-finals?

Jelena was just 17 when she lost to Lindsay Davenport in the year 2000.

Her punishment was to be left at Wimbledon where she had to go to sleep with no dinner and hide in a corner of a change room.

Her father returned to a hotel room that Jelena was actually paying for.

Jelena finally summoned up the courage to leave her abusive father, but before she did so, she signed over millions of dollars to the controlling coach.

They no longer speak and Damir lives in Serbia. Jelena became suicidal but has pulled herself back from the dark world of depression.

She remains close with her younger brother but her relationship with her mother is understandably strained, considering her mum just stood by and watched the horrid abuse.

Jelena’s story is one we should all read, because there is a really important message in it: if you suspect there is a problem in a family, please tell someone.

Jelena’s dream is now to have children. I hope this comes true for this amazing woman and I hope holding those bubs helps to heal some of her wounds.