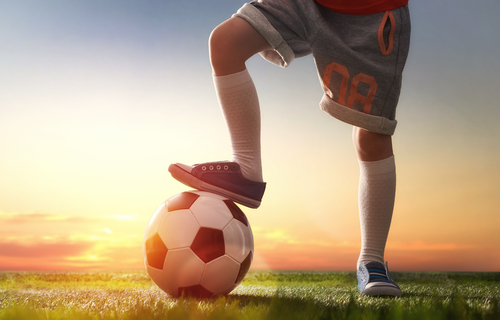 The phrase ‘every kid gets a medal’ took on new meaning at a local under 11s soccer carnival recently.

Picture this. It’s a hot Saturday afternoon and the game has just begun when the referee calls a foul.

A young player takes exception to this and begins swearing and hurling verbal abuse at the ref – an adult volunteering his time – followed by taking a few angry swings at him.

The ref attempts to usher the boy off the field, gently nudging him on the back when he refuses to leave. Up jumps one of the dads from the boy’s team (not the boy’s father it turns out) and storms onto the pitch, red-faced and riled up, shouting and accusing the ref of ‘child abuse’.

The referee calls the game off, leaving two teams of disappointed kids standing on the pitch and about 40 adults stunned into silence.

By now, the young boy is crying and the shouty dad has his arms wrapped around him, kissing his head and comforting him.

The boy’s granddad then steps in with another dose of abuse for the ref and the boy arcs up again, shouting ‘idiot!’.
The boy is not asked to apologise immediately, nor is he led away for a chat.

Instead, he is handed his medal and joins the team for a photo, a big smile on his face.

It’s just not cricket is it? Or soccer. Or football. Or any sport for that matter.

Forget the glory of winning, forget the health benefits of exercise, forget those shiny medals. None of it matters if we’re not teaching good sportsmanship.

But how do children learn the importance of sportsmanship – or indeed how to take responsibility for their actions and manage their emotions – when they have adults setting such a poor example?

These two men did such a stellar job of behaving like children, I can hardly blame the kid for his behaviour.

Instead of handling the situation with maturity, they escalated it, shamed the ref and encouraged the boy to think of himself as a victim, when he clearly wasn’t.

Whatever happened to personal responsibility? And why do parents insist on wrapping their kids in cotton wool, even when they’re out of line?

Granted, some kids have issues we may not be aware of, but how does defending this sort of behaviour help?

Sunshine Coast Football is investigating the incident at Board level rather than referring it to the disciplinary committee, due to the player’s age. Fair enough.

But who deals with the parents?

There was a large sign at the entrance to the carnival – initially I found it funny.

I don’t think it’s funny anymore. I think it’s sad and disturbing that adults need to be told how to behave at children’s sporting events.

What would your opposite occupation be?
Heading back to the ’80s