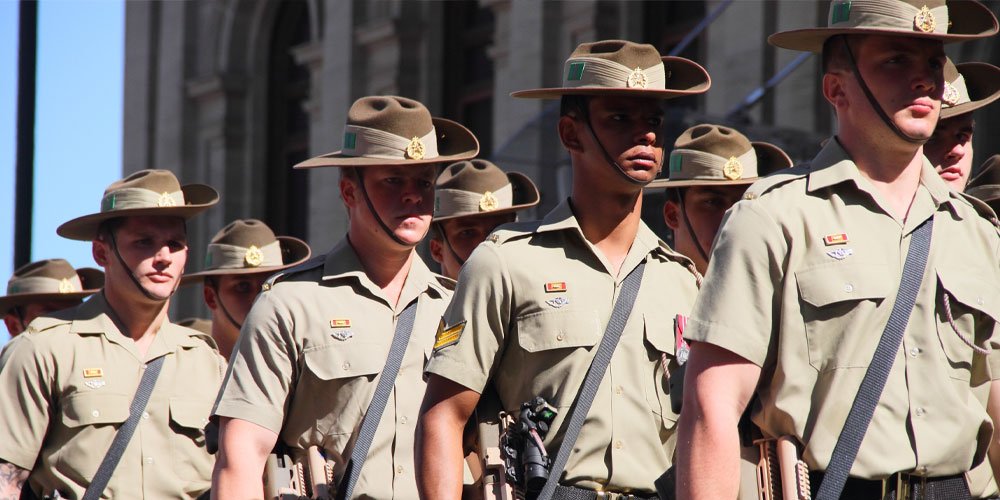 I have to say both the NRL and AFL did really good jobs commemorating Anzac Day last weekend. There were some moving renditions that were really thought-provoking. No two-up, no folks getting drunk just as an excuse, but just some very beautiful moments giving all of us time for reflection.

For me it inspired me to drive out to Eudlo just after lunch on Anzac Day and pay tribute to those that made sacrifices and reminded me of the many times I attended Anzac Day with my dad in the main street of the little railway town. As I got older I used to get to read the honour roll, probably because I had a voice like a fog horn and there would be no doubt everyone could hear me.

So last week I stood there in front of the Anzac monument and reflected on a whole bunch of memories, and not only did I think about HL Robinson who served in PNG, but also my Uncle Joe who was in the Battle of the Coral Sea, both just doing what they were told. As a small child I guess I always thought there was some type of glory in war, probably because I watched Combat on TV and any war movies I could get my eyes on, but as I stood there the other day it got me thinking about the Ukraine and Russia.

Just like my dad and uncle and all who were called on to defend our shores, so too with the current crisis overseas – farmers, parents, shopkeepers and ordinary
citizens called upon to defend and invade depending what side they are on. The politicians and dictators weren’t and aren’t at the frontline, which is no surprise but the really sad thing is most of these conflicts and the ‘enemy’ aren’t any different; they are just doing what they are told.

As the flag fluttered above my head I had fond memories of Anzac Day in Eudlo from 1959 to 1972, but I couldn’t help but think about all the news stories of what is happening to those poor souls in this latest conflict, and was reminded about a quote from Winston S Churchill: “One day President Roosevelt told me that he was asking publicly for suggestions about what the war should be called. I said at once ‘The Unnecessary War’.”

As we frequently say at this time of year ‘lest we forget’. Maybe we should also remember that most people are just like us?

In the zone
Let go of the loo