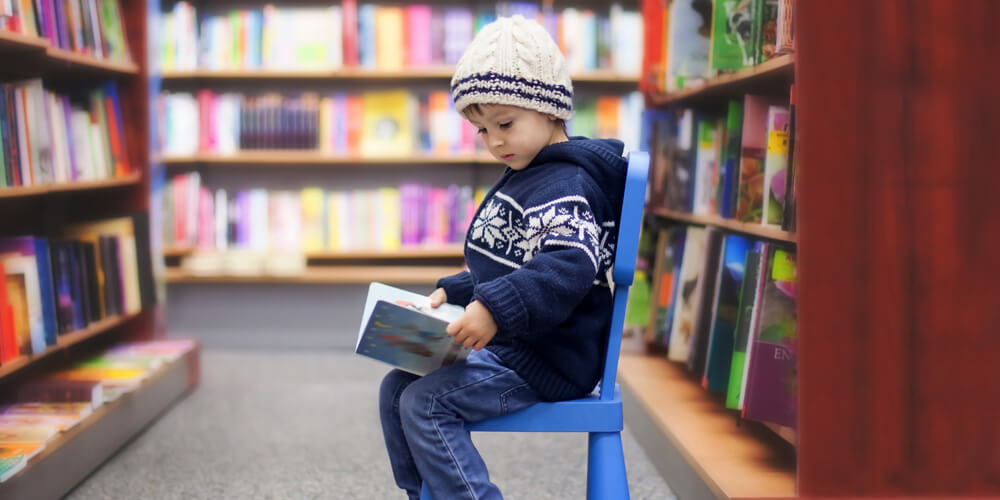 Wheeling a leopard skin overnight bag into a library may appear to be the worst thing you could do to encourage your kids to read – after all dying of embarrassment may have a deleterious effect on a child’s ability to pick up a book.

But hear me out – there is method in my madness (sometimes I think that expression was just made for me).

The traditional library bag is simply not big enough these days. If I thought we could back in a small truck, I would, but librarians are particularly protective about making sure all children have a chance to mine the educational gold you find in their treasure trove of learning.

My seven and nine-year old boys borrow about 20 books between them a week, sometimes more, sometimes less, and read all of them. Sometimes they’ll read a favourite quite a few times.

I’m not trying to say my kids are geniuses – they’re not, they just love to read, and there isn’t a week that goes past that I’m not grateful for the service local libraries provide.

Even if you discount everything they are learning, the enjoyment they are getting, and the lifelong habit they are developing, and just look at the financial benefits, that’s more than enough for me to be truly sold  on the importance of libraries.

Twenty books a week at a minimum of $20 each over 52 weeks equals (writer reaches for phone to use its calculator, opens the clock app instead, something that he does at least a couple of times a day, sometimes in the opposite order though, finds calculator) $20,800 – or to put it another way, a tenth share in a half decent yearling at the Gold Coast thoroughbred sales.

Now I love my kids, they are my highest priority in life, but there’s no way I’m giving up my share in a horse for them so they can read more books.

Kidding. I can’t afford the horse or that number of books.

But the library will lend them to us for nothing. You wouldn’t read about it.

This isn’t the first time I’ve written about libraries, but I was spurred on to add another instalment to what may well become a series (maybe I could have a look at the Dewey Decimal system next week) by a study which showed the percentage of American 13-year-olds who are weekly readers went down from 70 to 53 per cent since 1984. The results were even worse for 17-year olds, dropping from 64 to 40 per cent.

Many of the experts blame screens, but they do offers solutions as well, in particular focusing on how parents can help by reading in front of their children, having books in the house and making time for kids to read each day.

Oh, and they say taking kids to libraries also helps, with or without a leopard skin bag.