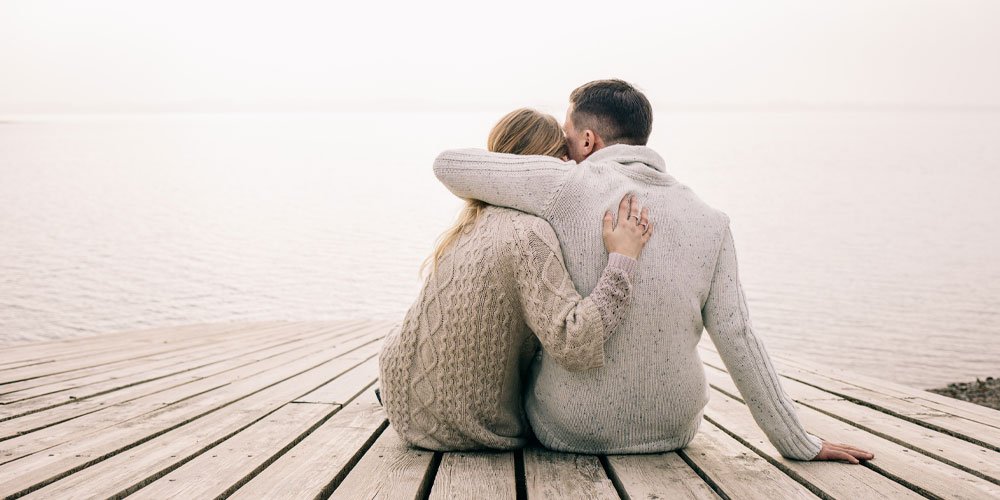 In a cynical world it endures, inspiring poetry and songs, sculpture and art. Romantic love has never been more alive nor seemingly elusive.

I am testament to this kind of love being real and worth holding out for. This week’s high point is the second anniversary of the day my Beloved and I were married.

On a Friday afternoon in the pretty courtyard of our home, two friends were our witnesses and over the following days, we told family and friends we were hitched.

It was not as if we were naïve nor particularly starry-eyed: my rangy, handsome husband and I had each known heartbreak and been bruised in the washing machine of life.

It has been accepted through time that love is the most profound emotion, the lifeblood of existence. Those we love will be in our minds as we breathe our last.

My Beloved and I may have found our one in a million, but it turns out that together we are one in a hundred.

ABC’s Australia Talks survey revealed only one per cent of people end up marrying the boy or girl next door.

My Beloved was not so much the boy next door as the man upstairs: we each bought apartments in the same unit block and for a year and a half, we knew each other in passing – a wave at the rubbish bins or a shared eye roll at a body corporate meeting.

But then it happened. As John Green wrote in The Fault in Our Stars, we fell in love the way we fall asleep: slowly, then all at once. We had dates. We wrote notes. We planned surprises. It turns out our real-life coming together makes us unusual.

A recent Relationships Australia survey found about 60 per cent of Australians used dating apps each year – a staggering number – and an ABC survey last year found people are now more likely to meet their partner online than any other way.

But it is only when people come together in the flesh that real love has the chance to come alive. The quirks and jokes, the wanting to be together, the sharing of admiration and respect as well as the events of the day breathe love to life.

Two years ago this week, my handsome sergeant and I made a promise to look up and see the other.

We chose each other that day. Every day, deliberately, we still do. I can’t believe my luck.

Positive vibrations
Dive into the dip