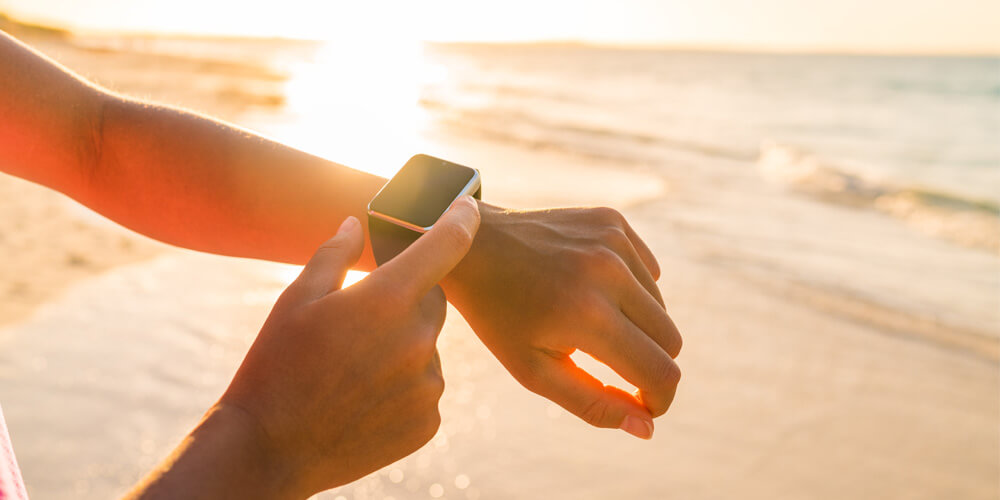 I’ve succumbed to a wireless-enabled wearable technology device that measures the number of steps you take and how many hours you sleep.

To be fair I was due. The last time I fell for a fad I ended up peeling off the coloured stickers so I could solve that annoying cube, which was all the rage in the ‘80s (a bit like that expression).

Now I don’t usually talk about brand names, but I’m not going to keep referring to it as the wireless-enabled wearable technology device, and this is not the ABC, so it’s a Fitbit Charge 2.

I know, why don’t they just call it the step-sleep-tracker? It’s like the names you see on body wash these days – Nest Moss and Mint Body, Sugar Crush Fresh and Foamy, and Molten Brown Suma Ginseng Shower Gel.

But I digress… when you get the Fitbit Charge 2 you take it out of its immaculate box, strap it on to your wrist and then you sit down to be interrogated.

How old are you?

How tall are you?

When was the last time you had sex?

Okay, I lied about the sex question, but the glorified Pulsar P1 (the first digital watch for those who didn’t fall for that craze in the ‘70s) did enquire about  my weight.

Actually enquire is the wrong word – it demanded to know how many kilograms I carry around with me each day.

Now as a bloke who has a bit of a beer belly (despite not drinking beer – a fact that never fails to frustrate the hell out of me), I was reluctant to reveal that sort of information so early in the relationship.

To be honest, I didn’t know so I guessed, which does raise a couple of questions about the accuracy of these facts and figures being thrown at me – steps taken, kilometres walked, and calories burned.

But it does have one lovely feature.

If I sit still for too long it sends me a message to get up and start walking about, which towards the end of yet another meeting can provide the perfect excuse to wrap it up.

And that at the very least has to be good for my mental health.

Emoji etiquette
What we spend on eating out