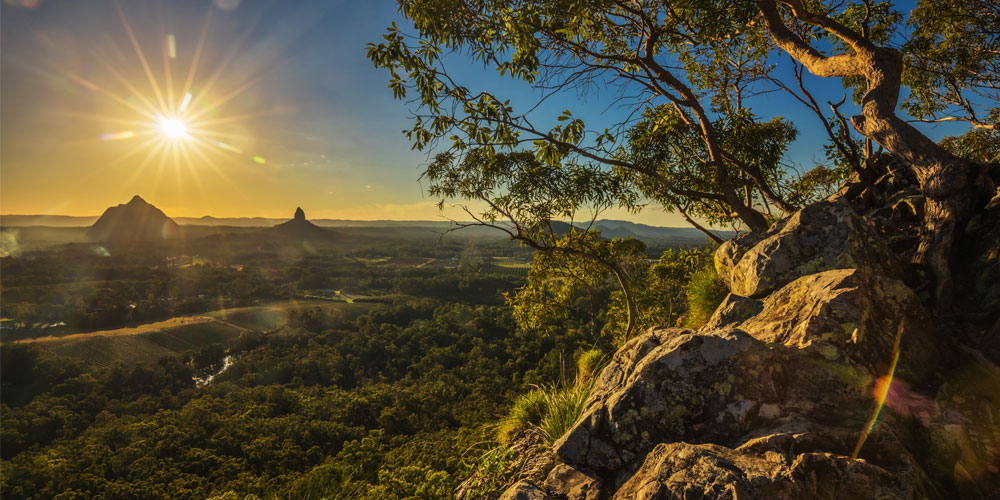 It’s the eye of the tiger, it’s the thrill of the fight

Risin’ up to the challenge of your rival

It had to be an omen.

I’d just arrived at the car park for my Mount Tibrogargan odyssey when the theme music to Rocky kicked-in on the radio. If it was good enough for the Italian Stallion it would be good enough for me.

I’d started to doubt my mission – the signs had not been good.

The guy I was supposed to be walking with had cancelled the night before, although I’d only seen his text message as I drove out of my driveway. It was only 5am, but I was awake and bed was not an option.

We were supposed to climb Mount Beerwah, but when he cancelled I decided to double down and go for glory.

I had climbed it once before with my eldest son, but I had never taken it on by myself, and I was a little worried when the GPS took me to a remote car park.

I knew there was an easier way to get to the base of Tibrogargan, but after a couple of failed attempts to find it, I returned to the original spot.

It was a glorious Sunshine Coast Sunday and I couldn’t wait to start. Sculling my water, I set off into an archway of trees which canopied the beginning of the walk into the Glass House Mountains National Park.

After 20 minutes and one wrong turn, I arrived at the base of the mountain. It was much steeper than I’d remembered. Was a walk not enough on this glorious day?

What would Rocky do?

Face to face, out in the heat

I saw a couple of climbers making their way down, and also came across a young guy who was on his second ascent for the morning.

“Better than the gym,” he said.

I don’t know whether the second trip slowed him down a bit, or he was wary of trailing too close to a 40-something bloke – a falling rock is one thing, a plummeting middle-aged man quite an another – but when I reached the top I was all alone. I couldn’t see or hear anybody.

The only sensation was the wind against my skin, and the roar of it in my ears.

Risin’ up, straight to the top

Had the guts, got the glory.

Friendship is free
Let’s get pickled