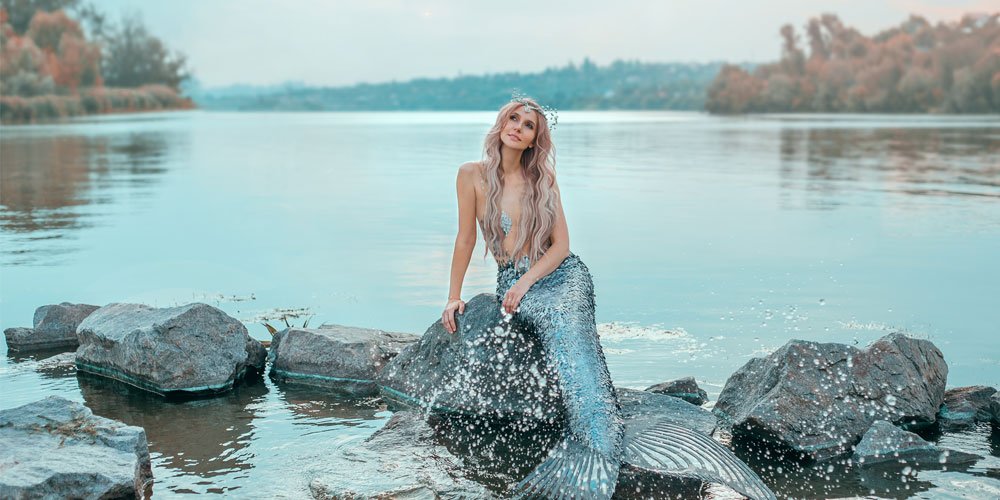 What do you think a group of mermaids should be called? Mermaids are half-fish, so is a group of them called a school? They are also half-human, so perhaps it would be a tribe? It is an unexpected but fun question sparked this week by a friend who asked me to help her solve this riddle. Reality has me a little overwhelmed this week, so I swam in my mind as fast as I could to dive deep into the mystical mermaid waters and take up the challenge.

A little girl Charlotte tells me the correct label for a group of mermaids is a pod.  I am sorry young Charlotte, but a pod of mermaids does not sound fabulous enough for such a sight. If I had the power to rewrite the correct collective nouns for animals and other wonderful creatures, I would put forward a glamour of mermaids. One friend claims an extravaganza of the finned females is quite fitting. One brave bloke I know claims they should be called a coven of water witches. My husband says they are a slew of sexiness.

I have always loved a good collective noun. The inner geek in me thinks they are very cool. The English language is tough and makes no sense, but collective nouns are like the George Clooney of the English language – they are fun and everyone likes them. Even when I went through my rebellious stage at high school, I always kept my love of crazy group animal names such as a raft of otters; a scurry of seals; a battery of barracudas; and a cackle of hyenas.

And when I say rebellious stage at school, I pretty much failed high school because I thought I was an adult and partied every night because Mum was in hospital for six months after a really bad car accident. My brother and sister and I got up to all sorts of mischief and if there was a collective noun for us it could have been a dirtbag of teenagers!

The Kardashian clan could be labelled an annoyance of humans. Prince Andrew and his gang is a creep of royals and the Hemsworth boys (Chris, Liam and the third one Luke) are a buffet of brothers.

In a week when the world is pretty serious, just shut your eyes and if you think of a great word for a group of mermaids please let me know! And here are a few more collective nouns for you to wow your family and friends this week and to leave a smile on your face.

A rhumba of rattlesnakes; a memory of elephants; a business of ferrets; a stubbornness of rhinoceroses; a shiver of sharks; a dazzle of zebras; a fever of stingrays; a wisdom of wombats and a prickle of porcupines. You are welcome.

Top of the class
An inconvenient truth