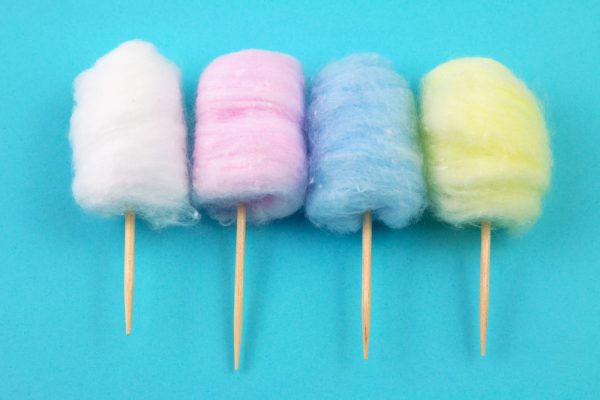 Lasagne on a stick? It is genius.

So bad it is good. The first LOS (lasagne on stick) was served at the Ekka in Brisbane last week and I would not be surprised if the invention results in record crowds flocking to the show just to try the culinary delight.

Are you reeling, the same as I was when I heard about this glorious news? It is brilliant. Layers of pasta goodness is soaked in white sauce and Italian style mince before being deep fried and cut into big slabs. Each rectangle of deep fried lasagne is then stabbed with a skewer. Voila! You can continue with whatever you are doing in your day as you devour one of the greatest foods of all time.

It got me thinking what else we should make on a stick. I mean the Dagwood Dog and fairy floss on a stick are already stalwarts in the hall of fame.

But imagine huge hunks of deep fried Camembert on a stick? Could we somehow make tiramisu on a stick?

I turned to my good buddy Todd, who I work with on the radio, because he is somewhat of an expert on beer, bacon and deep fried goods. A foodie for the people, of sorts.

“And for the posh palette, you could create satay ostrich on a stick or deep fried chocolate scorpions on a stick or even sticky date pudding on a stick”, he added.

Indeed. Move over kale. Spring is coming and it is bringing stick food with it. The trend reflects an appetite for anything skewered and stabbed with wood and steel seen at pop-up restaurants and cafes in trendy parts of Sydney.

One trend that has come out of Japan this week is the release of bikini crotch charms for women to dangle from their swimsuits between their legs. Um. I had to read the story three times.

These uncomfortable looking charms on really long chains dangle out of your bikini bottom with swinging crystals that hang between your legs.

They are being touted as the next fashion fad and not some kinky item sold at adult shops.

I don’t know about adding wet sand and chains between your legs. It is just a recipe for disaster.

Tog bottoms will be skimpier than ever this season. G-strings are taking over the world, as all the young women think nothing of flashing their derrieres while they take a dip.

Shrinking togs and metal chain loops swinging about without fear puts the fear of God into me. Dear me! It’s all enough to send me running for more lasagna on a stick.