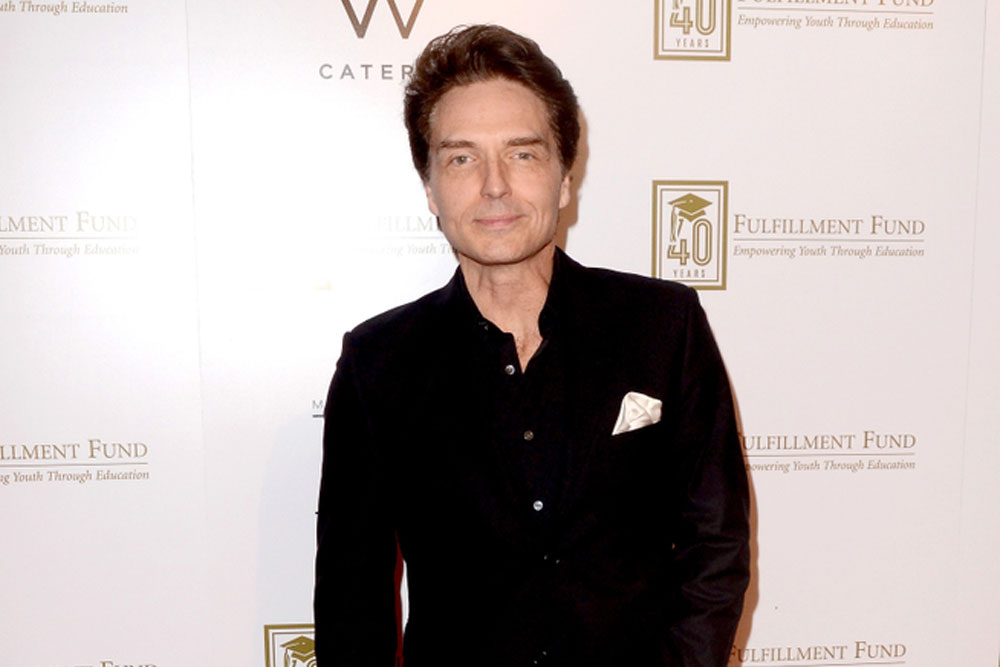 “Ocean’s apart day after day. And I slowly go insane. I hear your voice on the line, but it doesn’t stop the pain.”

Remember those lines performed with such angst and passion (and a pretty impressive mullet) from Richard Marx? Well, pretty soon it will be 30 years since the world number one song Right Here Waiting was the soundtrack to many of our fractured and fragile teenage hearts as we dipped our big toes into the brutal game of love. Yes. I know. How can it be three decades?

“If I see you next to never, how can we say forever? Wherever you go, whatever you do, I will be right here waiting for you.”

Oh Richard! You read my mind and touched my soul. I loved that song so much in 1989 when it was released. Richard Marx and his power love ballads got me through many a hormonal teenage night locked in my bedroom when I was 15 and in love with George Georgiou.

I would lie in my bed looking at my posters of Johnny Depp and Richard Greico and cry rivers of tears after the guy I had a massive crush on dumped me after one single date. Yes. George Georgiou broke my innocent heart after a rather disastrous session at Skateway in Brisbane.

I swear that is his name and I thought in grade 10 I would probably marry my Greek god and his mum would bake me eggplant moussaka and those Greek biscuits covered in white flour for the rest of our lives.

It was not to be my destiny. I had a natural awkwardness in my teens that was probably due to my braces and the fact I was super skinny and lanky with long black frizzy hair.

But when George dumped me for Rebecca Shay (who had a straight bob and perfectly straight teeth and was average height), it was Richard Marx who got me through the dismal weeks as I played his songs on my ghetto blaster. I could never afford a Sony Walkman.

“Or how my heart breaks, I will be right here waiting for you. I took for granted, all the time that I thought would last somehow. I hear the laughter, I taste the tears, but I cant get near you now.”

Well, Richard is coming to Australia to perform in a few months and he is even teaming up with John Farnham for a few gigs. Can you imagine if they sing Endless Summer Nights together? Be still my beating middle-aged heart. It may be too much to bear.

Thirty years has flown by really fast and some things have not changed. I now binge on rocky road chocolate ice-cream and red wine if I am sad and listen to Adele, but I am bang up to step back in time and hear the man himself belt out some of his anthems.

“Oh, can’t you see it baby, you’ve got me going crazy. Wherever you go, whatever you do…” Richard, I will be right there waiting for you. I wonder if George Georgiou will be in the crowd?