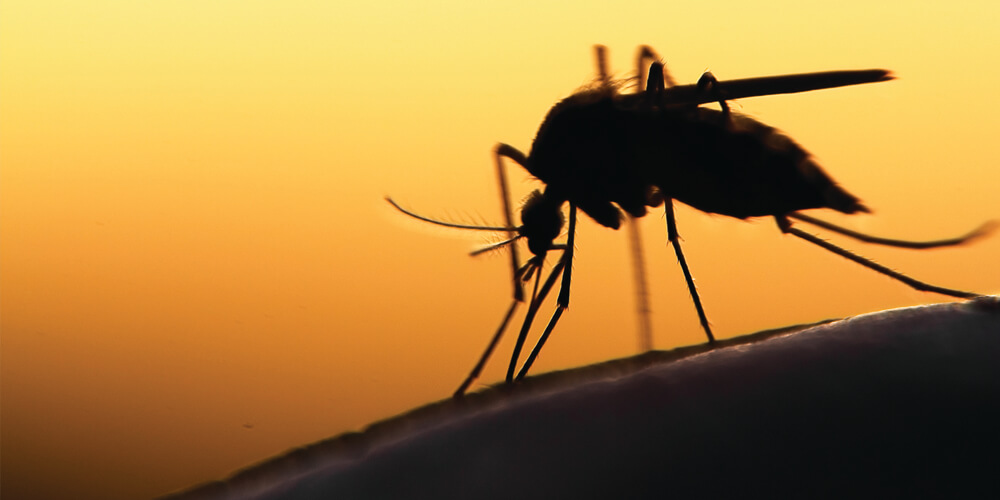 Have I ever told you about the time I had malaria?

No. Well you’d be one of the few who I haven’t regaled with my near-death experience in Africa.

In my twenties it was one of my favourite dinner party stories, which I’d dig out of my kit bag of anecdotes, believing it made me look exotic and adventurous.

It was my equivalent to the Six Degrees of Kevin Bacon game – you know the one, where you have to find the shortest path between an arbitrary actor and the star of Footloose.

But I never needed six moves; I’d fine-tuned it to the point where it had become basically a word association game You ask for a beer. I mention Kenya’s favourite lager Tusker. Before you have twisted the top off I’m on to my malaria mishap.

Looking back I find the story self-indulgent, and not that interesting.

I was bitten by a mosquito the first day I arrived in Nairobi and a few weeks later as we approached the source of the Nile in an old army truck I was flooded by fever, and became a source of fluids myself, as both ends of my body acted as major tributaries.

I was lucky enough to be near a good health clinic in Kampala, where doctors put me on a drip of quinine and I was back on the road with my fellow travellers the next day.

I don’t tell that story much anymore because I now realise how lucky I was to survive. Lucky I was near medical help and lucky that I was rich enough
to afford it.

Tragically 400,000 people still die every year from malaria, and many of the victims are children whose families can’t afford the drugs I was given.

Which brings me to the point of mentioning my malaria story. In a reversal of the usual rules, I am using it as a stepping stone to get the focus off me.
British researchers have begun a study to try to explain why mosquitos attack some individuals in preference to others.

Science already knows a few of the factors: people who breathe out more carbon dioxide, are taller or larger, or are pregnant are more susceptible.

But science magazine Scientific American says these researchers are going one step further and trying to establish if genes play a role in why Anopheles mosquitos (a species that can transmit malaria) find some people more attractive.

If successful it would allow scientists to develop a pill or medication to help the body create a natural repellent, a case of prevention being better than cure.