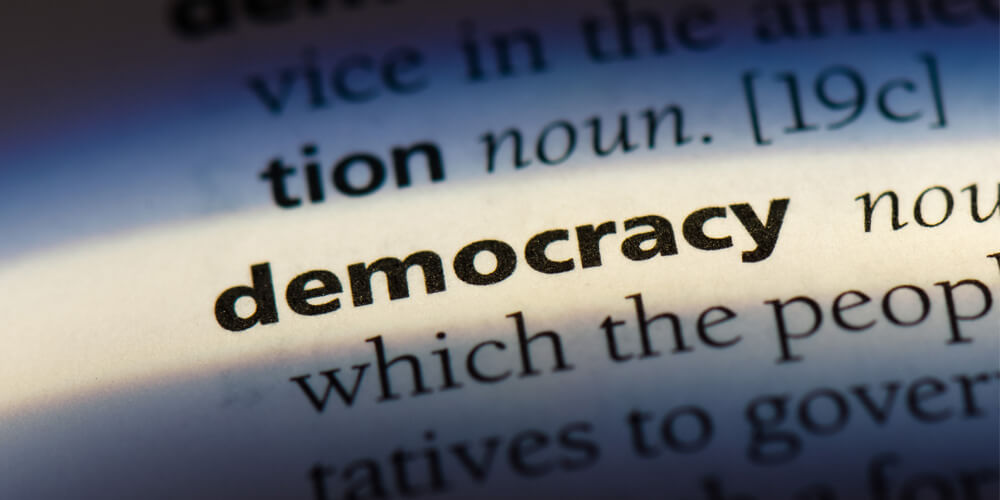 Democracy – what is it good for?

“Protest beyond the law is not a departure from democracy, it is absolutely essential to it” – Howard Zinn.

And so, the close of another election campaign. We are told there are winners and losers. This time, those that support the LNP are the winners. Followers of the Labor party, by definition, are thus the also-rans.  Next time it may be the other way around. Winners and losers all the same.

We are thus, despite trite commentary about the ‘peaceful’ handover of power reflected in the voting process, a nation divided. Divided at our core levels of self-interest and ideology. And constantly so, courtesy of regular elections at a variety of levels.

So how did we get here? Why is ‘majority rule’ fait accomplice? Why is the mob’s decision any more valid than that of some autocrat? The majority rule is enforced, ultimately, in the very same manner as a dictatorship – threat (and imposition) of violence in the instance of disobedience toward the laws. Is it better because there’s more of them?

By some quirk of fate (or perhaps the expert application of power and propaganda over time), the idea seems to have stuck with modern Western society that the majority can impose its will on society. Simply because of its numbers.  Where is the thought as to alternatives?

The idea that democracy is the best form of government seems to have been put beyond question. Perhaps that is because it suits the powers that be (and those that yearn to be)? We all know the well-worn maxim, ‘divide and conquer’.  Doesn’t it seem somewhat convenient that our ‘leaders’ (aka politicians) are the greatest fans of a process that perpetually ensures a divided nation?

For all their talk of unity, and so-called plans for ‘our great [insert name of nation here]’, it is our politicians that benefit most from this thing called ‘democracy’ and its divisive effects.

Society is readily pit against itself by our political leaders, forcing us to wrestle with the quaint (and ultimately distracting) notion of deciding ‘who shall lead this time’, all the while clueless that we are not being led (anywhere in any event) and at the same time being divided into our component parts for the benefit of others.

And then there is the question of whether we need to be led in the first place.