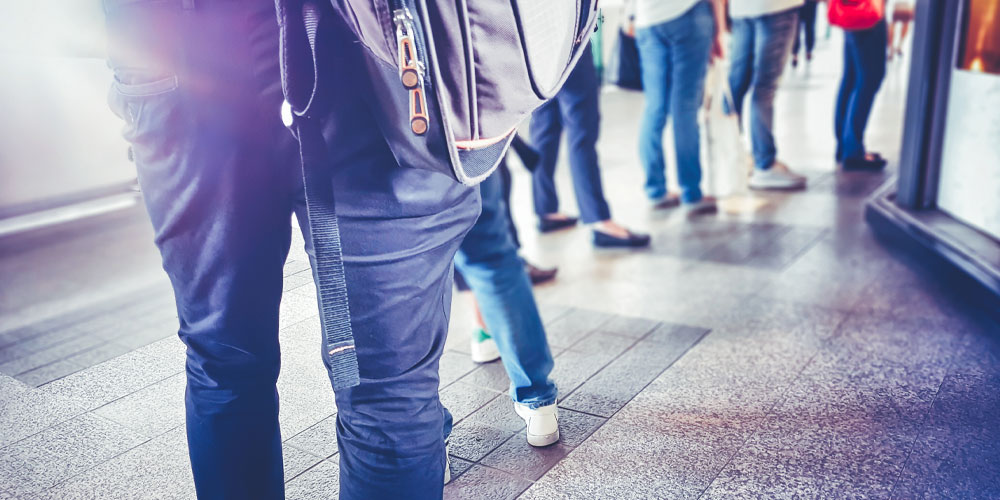 Do you ever feel like a number? A cog in a part of a machine? Part of a herd? Do you only half-laugh when someone makes a joke about sheeple – humans who are half-sheep, half-people?

I remember being told about the reason why all airlines follow the same routine – welcome aboard, safety demonstration, light snack, heavier meal, dessert. It’s all about control, making sure people behave. If they know what to expect, and how to conform, then most flights go off without a hitch.

Which is perfectly sensible when you are talking about hundreds of passengers and only a handful of staff – all crammed into a metal cylinder 10 kilometres above ground.

And when I’m on a plane I follow the rules, and I encourage everyone else to. But when I encounter the same methods on land, I can occasionally become contrary and find it impossible not to resist.

My youngest son celebrated his ninth birthday last week and he wanted to go to a theme park on the Gold Coast rather than have a party.

So that’s where I decided to conduct a little experiment. We’d gone through the foyer and were lining up with hundreds of other people behind half a dozen doors which led to the 4D movie theatre, when one of my sons opened one of them a fraction and peered inside.

The theatre was empty and here we all were, standing like robots waiting for an invitation to enter.

Now I should add that by this time of the day my patience was running out faster than the fairy floss near the kids rides. So, I did something to alleviate my boredom.

I opened the door and went inside. My family followed. And then every other person who had been waiting, did exactly the same thing. No one ran, no one pushed, no one made a scene. Everyone sat down and took a seat. I was higher than those who braved the Batman ride. I had bucked the system. I had stood up to The Man. I had not baa-ed.

Alas, the joy only lasted as long as the Batman ride, as well. The attendant, although momentarily flustered when he walked into the room, quickly regained his composure and control of the room, by using one of the greatest crowd control measures ever invented – the microphone.

He told us the movie wouldn’t start unless we all went back outside and lined up again. Who can argue with a man with a microphone? We all got back up, went through those doors and organised ourselves into queues. A kelpie couldn’t have done it any quicker. Baa.