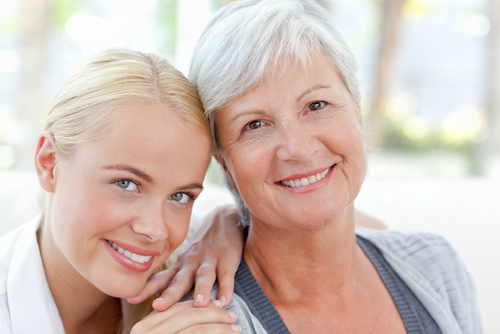 Guess what age we feel most body confident? In our sixties, according to a new survey.

Is that not the most fabulous and yet astonishing thing you have read in a while? And yes, I refer to women here.

Men seem to have no problem getting around in budgie smugglers even if there is a big round belly hanging over their togs.

I wish women were more like men in that way. A fashion company called M&Co did the body image study and asked women to rate themselves in swimwear at different ages.

The survey found the average body image score we gave ourselves was just five out of 10. And yet women aged between 65–74 gave themselves the highest score in the survey, with a six out of 10.

Perhaps after six decades you just think other things are more important than an unblemished bottom.They are. But a good backside would still be nice.

What’s that saying about youth being wasted on the young? I guess you have nothing to prove once you have lived a little.

My friend Tamara has a killer body. At university she had no idea that her lanky limbs and huge boobs would render most blokes speechless.

We went on a trip to Whistler in Canada to snowboard one holiday and the locals nicknamed her chesty assets ‘Blackcombe’ and ‘Whistler’ after each mountain range ski run in the area. Horribly sexist, but true.

Now Tam is in her forties and yes there are changes after three glorious kids, but I think she looks sexier than ever.

“I think the problem is that when you’re looking fabulous you don’t realise it until you see photos from that time long gone and say, ‘hey, I looked great but I remember hating my [insert body parts here] back then. What was my freaking problem?” Tamara says.

“It’s hard to embrace mum tum, and sagginess where once lived perkiness.

“But any day I can drive around without undoing the top button of my jeans, I’m feeling A-OK!

“When you’re older, you’re probably also wise enough to know that every day in a body that works properly and allows you to do wonderful things is a blessing.

“At that point, worrying about being ‘perfect’ takes a back seat to making sure you’re healthy.”

Tamara and I do not go nightclubbing anymore to test out the power of her weapons of mass destruction.

I wonder if they would still be a gateway to free wine. But I am all for ageing disgracefully, so perhaps when we hit our peak body image confidence in our sixties, we will give them a whirl and unleash them.

It’s a sad day when Aussie kids can’t climb trees
What would your opposite occupation be?