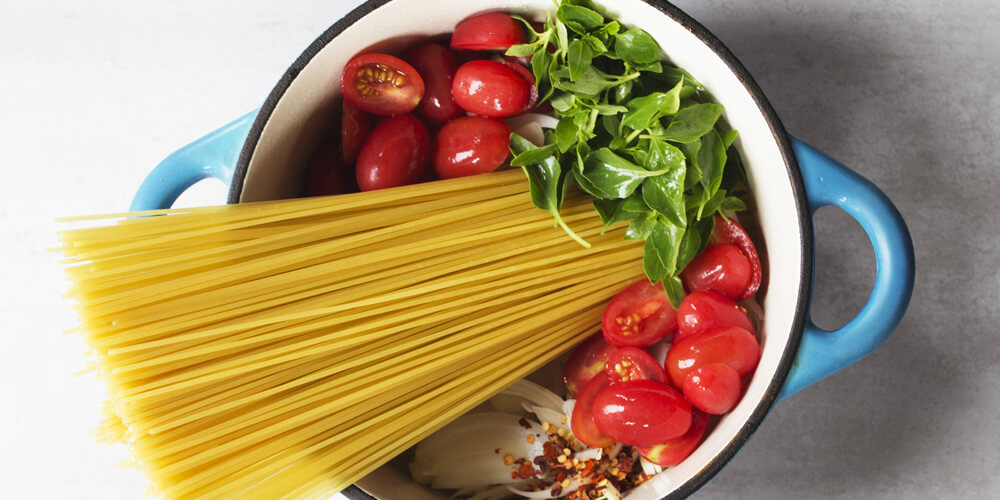 There are two types of people in this world: those who snap their uncooked spaghetti pasta in half before throwing it in the pot and those who leave the pasta whole and stand there and watch the saucepan boil.

Look, I never promised to write about world peace in this column, people. I have no problem with your race or sex or religion, but I am the queen of judgement if you stand their and watch your pasta boil. Who has time for that? It makes me angrier than missing out on a half-price sale.

And why would you leave the pasta whole, because you are creating work by having to slide it into the saucepan at some point of the boiling process. Not this little red caboose.

While that pasta is on the stovetop, I basically run a marathon by washing dishes and answering 12 questions from the kids including curly ones, like: “How do you make the colour red if it is a primary colour?” and “Do penguins have knees?”, and maybe check my phone for emails.

Yes, in most cases the water boils over the sides of the pot and I end up doing a crazy little jig around the sink as I mutter swear words at the angry hissing saucepan while trying to pick it up with a tea towel. But the alternative is I could stand by the pot and be all Zen and mindful.

Perhaps this is the core of the problem. I failed miserably at trying to meditate. I could not still my mind or body despite giving it a red-hot go for months. I tell my kids some days it feels like there are scrambled eggs in my head.

But that is harder than it sounds for many of us.

My beautiful friend Tiffany is Italian and is horrified I snap my spaghetti pasta in half while is it raw.

“It is meant to be long to wrap around your fork and it should be long enough to both stick to itself and get entangled in a way that it doesn’t slip off or let sauce drip from it,” she says.

“The pasta must also be cooked right to allow the sauce to stick to it and the sauce should be thick enough to both stick to the pasta and not spit, dribble or splatter.”

Well, if we are Nigella Lawson this sounds a grand plan to dine in a sexy dress and eat our spaghetti, channelling a pin-up girl from the 1950s, however for us mere mortals it is about surviving a mid-week night in the suburbs.

And for the record, orange and violet make the colour red and penguins do indeed have knees!

Through a child’s eye
Not a fan of Naplan