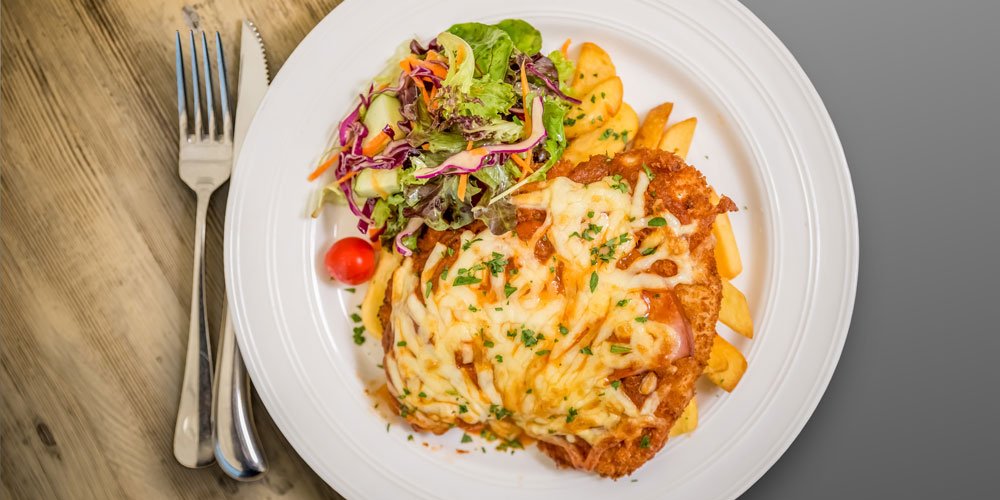 Dear Victorians: please stop labelling items incorrectly. Just because you wear black turtlenecks and scarves to go to the pub, it does not mean you are culturally and intellectually superior. Love, Queensland.

Queenslanders call a barbecue sausage in a slice of bread exactly what it is: a sausage in bread. While many in New South Wales prefer to call it a sausage sandwich. We say togs, while Sydneysiders refuse to call them anything but cozzies. Victorians call them bathers.

And now the debate is raging again with our icon pub dish: the chicken parmigiana. A new Bundaberg Rum sign interstate has sparked controversy over the name of the legendary meal. It says, “Don’t forget the parmies”. The ad is aimed at encouraging Melbournians to return to the pub after the last few years of COVID distancing. Victorians are less than impressed with the ad as they claim most people in the state call it a “parma”. This makes me shake my head in confusion and frustration. The battle is real, people!

If you want to see the true colours of any self-respecting Aussie, bring up the highly controversial topic of rock-scissors-paper versus scissors-paper-rock. Of course, the latter is correct and anyone who says it in a different order is a tad bonkers. If you see them coming, I would cross the street to avoid them. Forget about the pandemic causing havoc around the world and don’t sweat the big topics such as politics and religion, as the truly number one controversial clinger is the order of how you say this.

And while we are laying down the law, please remember it is cheerio not Frankfurter. It is a popper not a fruit box. It is devon and not fritz or polony.  And one last one for good luck: it is cabana and not cabanossi. And if you add a little cube of cheese on top on the piece of cabana and put it together with a toothpick, then it is a duet made in heaven. I bet the Victorians in their black turtlenecks are outraged at this selection of snacks.