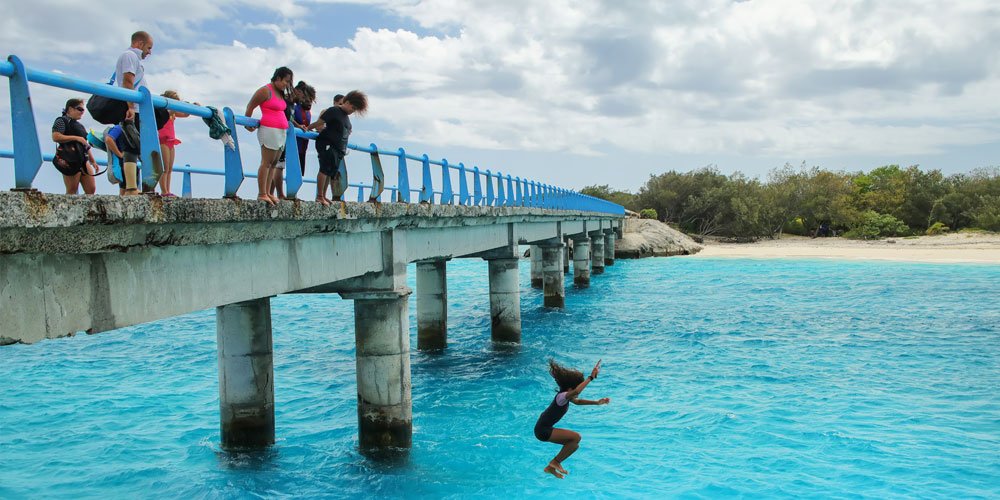 Looking back over my six decades or so on the Coast, it seems quite unbelievable how things have changed. A Sunday afternoon in those days could easily be passed by jumping off McKenzie Bridge into Mooloolah River with no one batting an eyelid, unlike me the other day passing some kids doing it at Maroochydore and I had to stop myself from tut-tutting.

Maybe there were lots of things to do because we weren’t as well informed as today, or there were not as many rules. Take drivers licenses, for instance. I heard someone talking the other day about how much it cost for driving lessons, tests and the actual license. In my day it was dear old Dad trying to explain how to let the clutch out smoothly in our old ute on the farm or double the clutch in our old Ford Thames truck. I was no chance of doubling the clutch, but did manage to eventually learn how to do it in the ute. But not before catapulting my mother and myself into a tree when I put my foot on the clutch instead of the brake.

Luckily testing wasn’t quite so meticulous as it is today – in 1970 when my brother went for his bike license one Saturday morning, the old Sergeant at Palmwoods came out with his pyjamas on, stood on the road and told old mate to ride down to the traffic island, do a U-turn and come back without falling off and he was in business.

My initial license test for car and bike was pretty formal, but I managed to lose it a year later. Through a mate of a mate when I went for the test to get it back I got a book of raffle tickets for the PCYC pushed over to me with a choice of doing the test or buying the raffle book.

Imagine both those policeman, if it were today, would be in all sorts of trouble. But it was another time with different rules. I wouldn’t mind being back there, if only because a big bottle of beer was 25 cents.

Who would have thought?
Remembering Carla