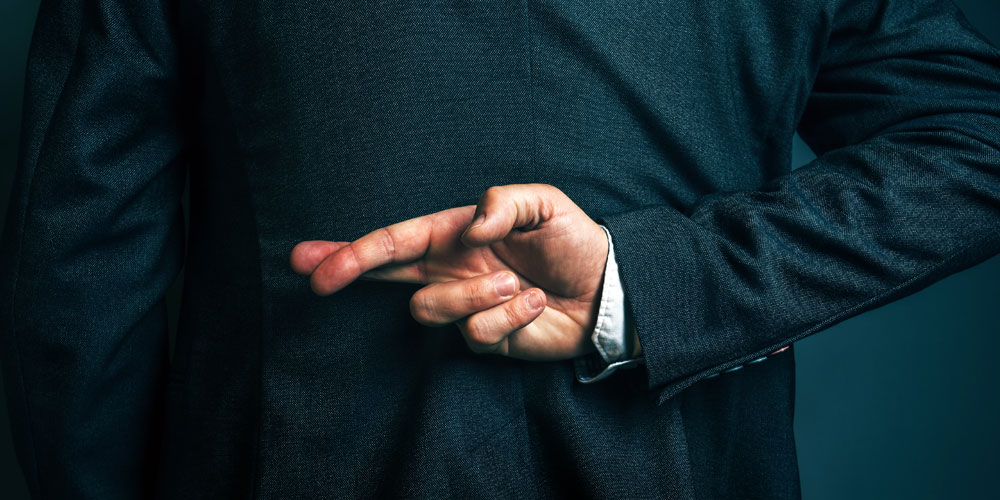 This weekend just passed I was lucky enough to be a panellist in a public debate. The subject of this hard-fought, but nonetheless civilised, public fracas was ‘honesty is the best policy’.

It is a cliche attributed to one of the founding fathers of the United States, Benjamin Franklin. Now Ben, while undoubtedly very accomplished, was plainly no lawyer. Much the same as with modern public discourse, in the 18th century, everything had to be either black or white. There was right, and there was wrong. If one is not honest, one must therefore be dishonest. With such a predisposition to opposites, it is no wonder Franklin discovered the lightning rod and bifocals.

The statement itself seems so obvious as to be beyond reproach. We live in a society where, from an early age, failing to tell the truth in almost any context leads to punishment of one form or another. Lying is, in most cases, a very anti-social thing to do. This is perhaps not surprising given words are the overwhelming means of communication between people. The reliance people place on the words of others touches every aspect of our lives in myriad ways.

But there is a large difference between telling a lie and remaining silent. A fundamental right in our legal system (rapidly being eroded by our parliaments on many levels) is the right to silence. This stems from two primary principals.

The first, that the onus to prove an allegation lies on the party making the allegation. Given all the power, guns and money lies in the hand of our government, remaining silent in the face of accusation is a sacrosanct principle that protects the rest of us from the abuses those in power have historically been so ready to commit. The second is that the talker is presumed to only ever likely to be saying things in their own self-interest; you can take what anyone says with a grain of salt.

In our debate, there were numerous practical examples thrown about which greatly illustrated instances of how honesty is definitely not the best policy. In every instance, however, the truth was always relative and entirely a matter of context.

So remember, next time you’re arguing the point, whether something is black or white depends entirely upon the angle of the light.

Food for thought
Got a dollar?