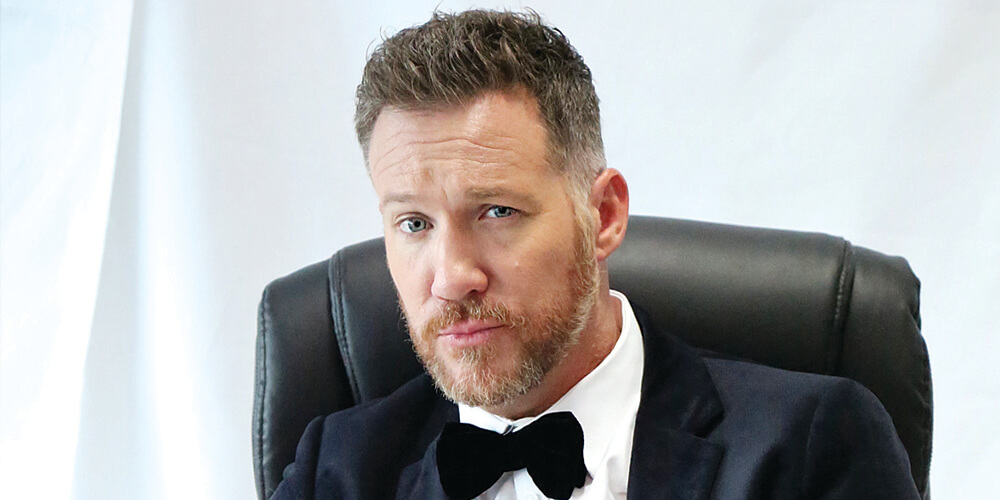 Friends, I know I’ve made some bold statements over the years, like “lasagne is just spaghetti cake”, “cats are *&%holes”, “life’s not a fairytale – if you lose a shoe at midnight you’re drunk” and  “&%#@ isn’t a swear word, it’s a sentence enhancer”. But today I want to share with you my boldest thought yet. Now you may think I’m being brash here, perhaps you could call me cocky, even arrogant, but here goes.

“Hit me with your pet shark” is the greatest misheard song lyric of all time.

Sure, the Hendrix classic “scuse me while I kiss this guy” from Purple Haze and Chisel’s “cheap wine and three gay goats” are both excellent additions, but Pat Benatar’s “hit me with your pet shark” is without peer.

Now it’s a fact that we’re all guilty of mishearing the words to songs. Sometimes even when we realise we’ve got it wrong, we like our versions better, right? The good news is there’s an official word for misheard song lyrics and that’s ‘mondegreens’.

So now I’ve forced upon you what I reckon the number one mondegreen of all time is, let’s check out the following nine rippers. Feel free to sing along.

Number 9: The Eurythmics’ “sweet dreams are made of cheese”. Thanks Annie Lennox. You’re a ripper.

Number 7: Hothouse Flowers’ cover “I can see clearly now Lorraine has gone”. (In fact there are plenty of tunes about Lorraine. Prince loved “purple Lorraine”, CCR asked the question “have you ever seen Lorraine”, Milli Vanilli “blamed it on Lorraine” and Adele rather violently suggested we “set fire to Lorriane”. But I digress.)

Number 6: In Bon Jovi’s Livin’ on a Prayer, Jon sings “it doesn’t really matter if we’re naked or not”. You’re singing that one out loud, I know you are.

Number 5: At the start of the classic Summer of ’69, Bryan tells us “I got my first real sex dream, bought it at the five and dime”. Cheap as bro.

Let’s bring it on home with the top three.

Number 3: The Go-Go’s classic had Belinda Carlisle singing about “Alex the seal”. (Yeah, you sang that one out loud for sure. Is it “our lips are sealed”? Nah it’s a song about Alex, who happens to be a seal. Bewdy!)

Number 2: This is the stuff legends are made of, Elton John’s very public sign of affection to one of the greatest TV stars of the ’80s, “hold me close, oh Tony Danza”.

And of course that brings us back to where it all started, Pat Benatar’s “hit me with ya pet shark”.

THE BEST misheard lyric of all time. Did I mention it’s the best?

Of course there are some honourable mentions too – Tears for Fears’ “sowing the seeds of love/sewing machine’s of love”, Ray Parker Jnr’s Ghostbusters – “who u gonna call, those bastards” and Madonna’s “like a virgin, touched for the 31st time”.

Give us a break
On your marx