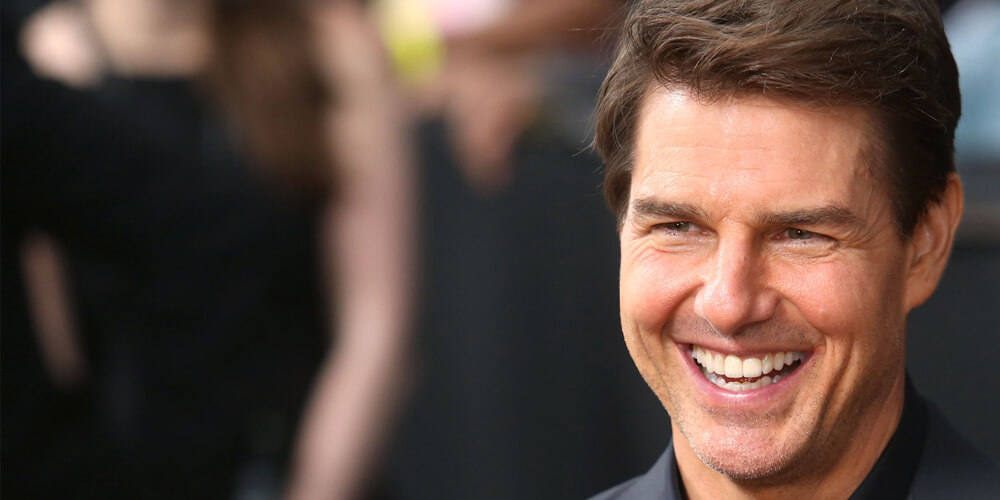 Ethan Hunt from Mission: Impossible was my main man crush in my late teens.  Considering I was a serial single gal, Tom Cruise was pretty much my boyfriend. Well, in my mind at least. His black turtle necks, penchant for travelling the world as a secret assassin and his ability to complete impossible missions, meant he could cope with a quiet life with me at Caloundra, going to netball once a week and putting out the rubbish on a Monday night.

It was also back when Tom Cruise (pre-couch jumping) was the hottest guy in the world and our Nicole snagged him, not just for a roast dinner on a Sunday night, but married him. For young players back in the day, Tom and Nicole were the Harry and Meghan of their era. Then Tom went all cray-cray and embraced Scientology. From there, he has been in the dark abyss of human scorn and some bad movie flops, including Vanilla Sky. Yep, remember that stinker? You may not, which just proves my point.

Well, girls, I have exciting news: Tom is hot again after a spell in the not-so-hot camp with the release of the sixth Mission: Impossible movie.

I replaced Tom in my twenties and thought Pat Rafter was perfection. In my thirties, my eye wandered to Daniel Craig and Channing Tatum. I have given my heart for most of my forties to any and all of those Hemsworth boys. There is a bunch of them, can you believe, who all look like that?

But forgive me Tom, because you are back in full force and looking mighty fine in Mission: Impossible – Fallout. The man is 56 for crying out loud and looks about 36. While the rest of us have become wider and flabbier, he has done a Benjamin Button and looks better than ever. Perhaps the secret is wearing black turtlenecks, travelling the world as a secret assassin and completing those impossible missions.

Tom Cruise movies are like the soundtrack to major parts of my life. I will never forget seeing Maverick pash on with Charlie against that wall in Top Gun when I was in Year 12 as Berlin belted out the love song. It was an education. The movie Cocktail was released and I thought it was super sophisticated to drink tequila shots off a stranger’s belly and dance the night away (sorry Mum). The classics rolled on, including Interview With A Vampire and Days Of Thunder (to me it was sort of a classic). Eyes Wide Shut gave me a different sort of education, as Tom and Nicole lost the plot and their clothing.

And don’t we all remember watching  Rainman and Jerry McGuire? The quote, “You had me at hello” is still part of pop culture vocabulary.

Tom Cruise has infiltrated our lives on many levels for four decades. Now that is an impossible mission.

Get over your selfies
Phone, sweet phone