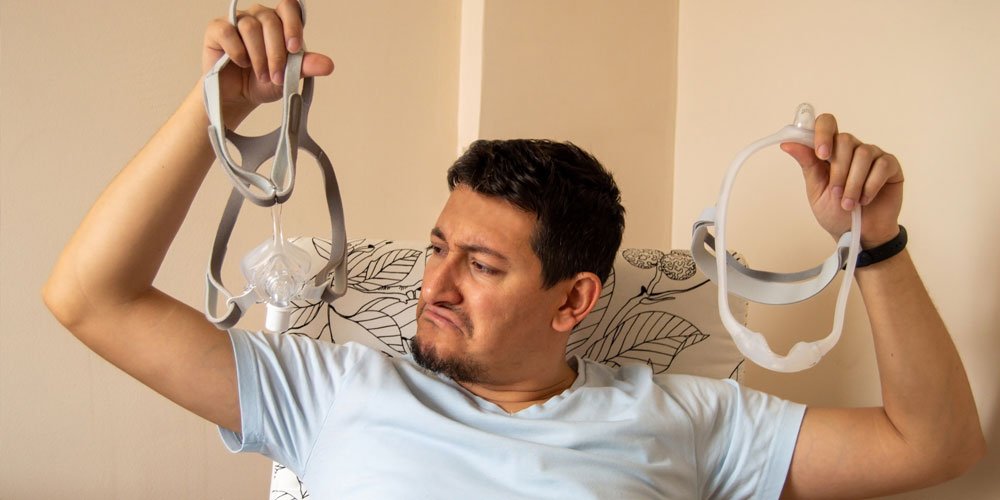 I am currently in the throes of being tested and fitted for a sleep apnoea machine, something I have put off for a number of years. I am a restless and noisy sleeper at the best of times and I was pretty sure I have suffered from sleep apnoea for a number of years – just have a look at me, it’s not rocket science. In saying that, the lovely lady my doctor sent me to has been remarkably tolerant.

It all started when my doctor insisted I get tested. Well, on the 100th time I listened and he gave me another referral, which I eventually followed up on after he text me a couple of times. I then played a fair game of phone tag with Nyree from Healthy Sleep Solutions, which was mostly my fault as I was still pretty hesitant about the whole thing, so every time I got her voicemail, I was high-fiving myself.

Eventually we touched base and I had my consultation, after which I was sent home with my test equipment. When we did the practice run, it made me look like a cross between a crazed suicide bomber and someone about to be strapped to the electric chair to meet my maker. It all seemed doable in the light of day, but a few beers later approaching bedtime, it became far more difficult. In fact, if I was a suicide bomber, I would be a massive fail by time I had all the wires and pads in the right places. Did I mention I had to put a breathing apparatus up my nose?

So what took 10 minutes to put on in the clinic took about 30 minutes at 9pm and I did not look anything like I thought I should by the time I went to bed. I woke up on numerous occasions tangled, sweating, swearing, until I ripped it all off at 3am, even though I was told they needed a minimum of six hours to get the data.

I took it all back the next day and told my sad story to the nice lady and she told me if they didn’t get enough data we would have to do it all again. I had already decided I was never, ever doing that again. After another three sets of phone tag, I got the news that they had enough data and I was a chronic case. I am not sure if they got that from the data or the crazed look in my eyes when I returned the gear.

Thus far things are going well. Even though I look like I am about to launched into the abyss every night, I am feeling better. Nyree deserves a medal.