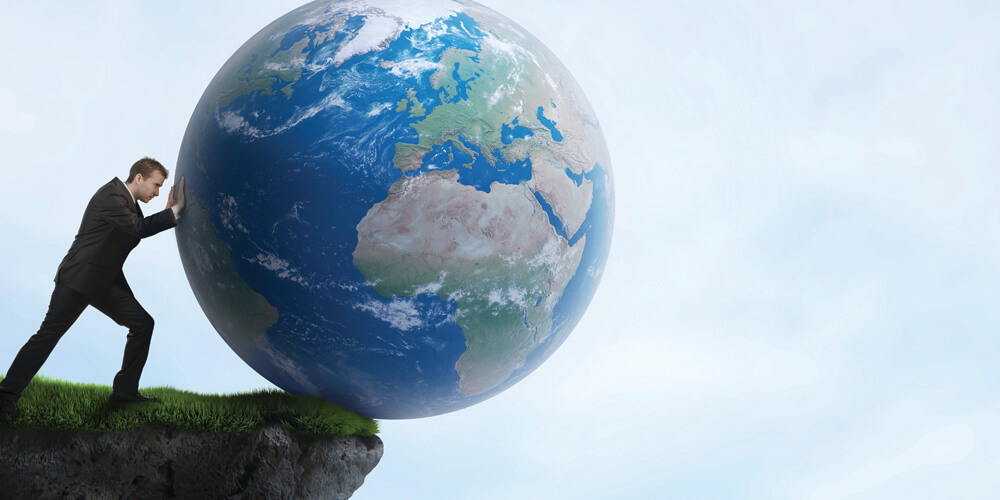 My sons are learning about the history of our planet.

The first of our ancestors evolved about six million years ago and Homo sapiens started to walk on Earth just 300,000 years ago (until a few months ago it was thought to be 200,000 years, but the discovery of remains of early humans in Morocco earlier this year has altered that timeline).

So all in all we have not been around very long – about 0.004 per cent of the Earth’s history.

And gee it shows. If you have a look at what’s trending on Twitter on any given day it’s obvious we have some growing up to do.

This is just a random sample I discovered recently:

“Over 700 grizzlies living in Yellowstone National Park are no longer deemed endangered. The protections have been in place since 1975, when the population was under 150.”

“Authorities are investigating the death of a fashion blogger reportedly hit by an exploding whipped cream can.”

“On this day in 1949, Mary Louise ‘Meryl’ Streep was born in Summit, New Jersey.” (Just to digress for a second, it seems hardly fair that Meryl Streep has to share the limelight, let alone be upstaged by the aforementioned story.)

#FastFoodDay.” (This yarn was accompanied by a photo of the french fry in the bag – of course it was.)

“Markelle Fultz turned basketballs into a pair of shoes. The Washington guard and top prospect in this year’s NBA Draft wore
a pair of custom shoes on the red carpet.”

To be fair I think the last one is pretty cool. But when you look at that whole list it becomes abundantly clear this species is slowly slipping away into a primordial soup of triviality and insignificance.

Maybe it’s time my boys started to study another subject – The Sure and Steady Decline of Homo Sapiens – A Brief History.