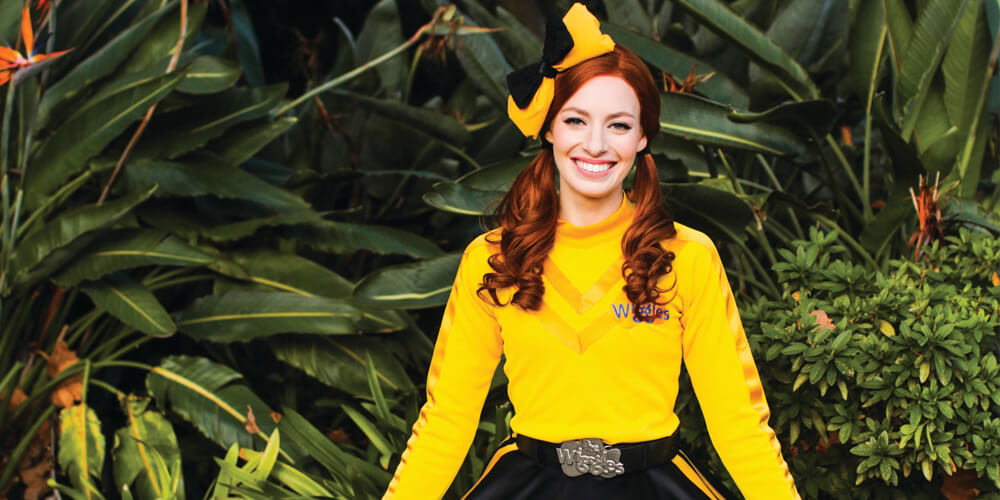 The Wiggles rolled into town last week and took no prisoners. I am telling you there are no more-loved musicians in Australia than those four band members. Forget Kylie Minogue, The Veronicas, Keith Urban, Sia and the rest. The army of Wiggles fans is hardcore and takes their idol worship very seriously.

And parents of toddler fans are even more passionate than their kids in the pursuit to get their tired hands on tickets to any of their gigs around the country. The Caloundra concert sold out within an hour. Tickets were scarcer than Willy Wonka’s golden tickets. And with reason, I say. The ‘new’ Wiggles have worked damn hard for their adoration. And they are great.

My personal favourite is Emma Wiggle. The girl with the big yellow bow in her hair. I love that there is finally a girl in the group. I love that Emma uses sign language to communicate throughout the entire concert while she is dancing and singing and smiling and just being a red-headed goddess. I love how the group is inclusive of all kids and sings about wearing glasses (one of our kids started wearing glasses when he was six months of age) and wheelchairs, and endorse healthy eating options such as fruit salad and mashed potato. It is a refreshing change from fast food marketing that sucks kids in with bright colours and free toys and seduces parents with cheap prices.

The Wiggles is now an empire with CDs, merchandise of all sorts sold in chain stores, and a hugely successful TV show. We were at their concert all screaming loudly for our favourites and I thought to myself, my Wiggles concert days are numbered as my kids grow up and new chubby toddlers join the club.

Thank you Wiggles for such precious memories. And thank you for babysitting my kids while I have done the dishes or the washing at home. The new kids on the block have done well. It is not bad going for a reboot of the original band, which formed 26 years ago. Yes. Truly. The ‘new’ Wiggles only started touring four years ago and the members have always said it is easier for their younger fans to transition to the new group than for the parents who grew up watching the original members.

Not so for me. Once I saw how enthusiastic the new generation of Wiggles was, I was immediately smitten. Usually a band reboot is riddled with heartbreak for all concerned. Look at INXS when they lost Michael Hutchence. Jon Stevens was just never the same. Nor was JD Fortune. Remember him? AC/DC never truly rocked the same way once the members were changed up. And do not get me started on the even bigger debacle that was Arnott’s Shapes changing the original flavor.

But The Wiggles are different. We can all sleep soundly tonight knowing The Wiggles are killing it for the new generation and Arnott’s Shapes have returned to their former glory.

Continue Reading
You may also like...
Related Topics: kids, Motherhood

Where to from here?
Get boys talking about their feelings