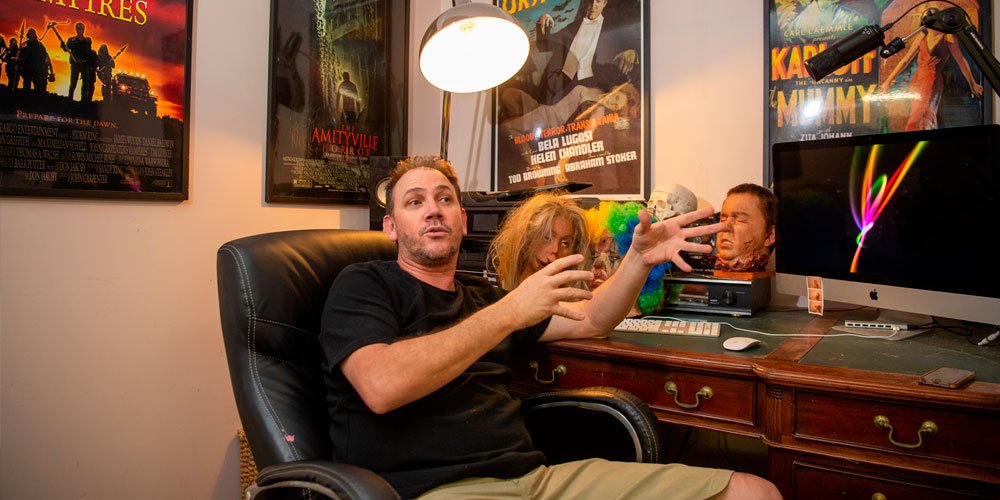 Sunshine Coast director Chris Sun knows first-hand how passionate horror film enthusiasts can be. News of the Halloween weekend Australian premiere of his latest film The Possessed crashed the ticketing website  as fans rushed to secure the first VIP packages.

The initial 100 VIP tickets to the  red carpet-gala event at Birtinya’s NightQuarter on Saturday, October 30  sold in “a couple of hours”.

Mr Sun – with director, producer, casting and writing credits on his fifth feature film – told followers on The Possessed Facebook page on August 14: “Last night The Possessed actually possessed the Moshtix website, crashing  it a couple of times. People couldn’t get in. It was a little demonic there for a while but it came good. Then I wake up this morning to find out that you amazing folk had purchased all the first wave of VIP tickets last night. That’s so amazing. Thank you  so much.”

One of the film’s producers and Mr Sun’s partner, Chrissy Hulsby, says ticket sales are “100 times better than I thought it was going to go” and she is keen for fans to celebrate Halloween in such a special way.

Food Focus Australia director Michelle Christoe says her company, which supports the arts through its NightQuarter and nearby Malt Shovel Taphouse, is excited about The Possessed premiere.

“We always love to wow everyone so feel we are the perfect match,” she says.

The Possessed is an intense horror thriller centring on Jacob Chandler  – an ordinary man with an extraordinary gift. Celebrated Australian actor John Jarratt of Wolf Creek, McLeod’s Daughters and Picnic at Hanging Rock fame, stars in  the lead role.

An “accidental exorcist”, Jacob and his nephew Liam (Lincoln Lewis) have forged a career clearing demons from the bodies of their clients. But lately, possessions appear to be increasing.

When his path crosses with Liam’s new girlfriend Atalie Carlisle (Lauren Grimson), he realises she can also see the damned. At a hauntingly beautiful homestead with a tragic past, Jacob must call upon all his experience and Atalie’s untrained powers to keep those he loves safe from the wrath of unspeakable evil.

“There’s lots of demons and action  and all that sort of stuff. I wanted to do something different,” Mr Sun says while seated in the downstairs creative space  of his Buderim home, surrounded by inspirational posters of John Carpenter’s Vampires, Tod Browning’s Dracula, The Amityville Horror, The Exorcist and Boris Karloff in The Mummy.

“We travelled around Australia and we filmed drag queens hunting for ghosts and Big Foot and all sorts of stuff,” Mr Sun says.

“We met this guy. His name at the time was Charlie X and he did these exorcisms or clearings. He walks around in Hawaiian shirts and shorts and you would not expect this guy to be playing around with the demonic entities.

“Everybody thinks that possession is your head spinning, demons and stuff like that. This is people with depression, drug addicts. Instead of them going to rehab and all these kinds of places, he performs clearings.” Mr Sun says Charlie X, now in his sixties, has been performing the “clearings” for about 20 years.

A horror fan since he first watched the cult classic The Evil Dead, Mr Sun tells  My Weekly Preview he has never been “spooked” in real life or felt scared watching a movie. But he did come close once. “I remember Mum and Dad had The Exorcist and they wouldn’t let us watch it.

“We snuck outside. My brother is actually tougher than me – but not on that night. We were looking through the window of the house. Mum and Dad were watching it. Here I am loving this movie.

“I will admit, though, there was one moment of the movie that did make me uncomfortable. And still today, it maybe freaks me out a little bit. It’s the thing with the white eyes. It’s a scene in the movie where the girl’s up in the hallway sitting down and she’s going ‘we’re gonna get you’.

“Still to this day, I’ve got this cool fascination with white eyes on ghosts. I think it’s kind of cool and scary.”

Continue Reading
You may also like...
Related Topics: Chris Sun