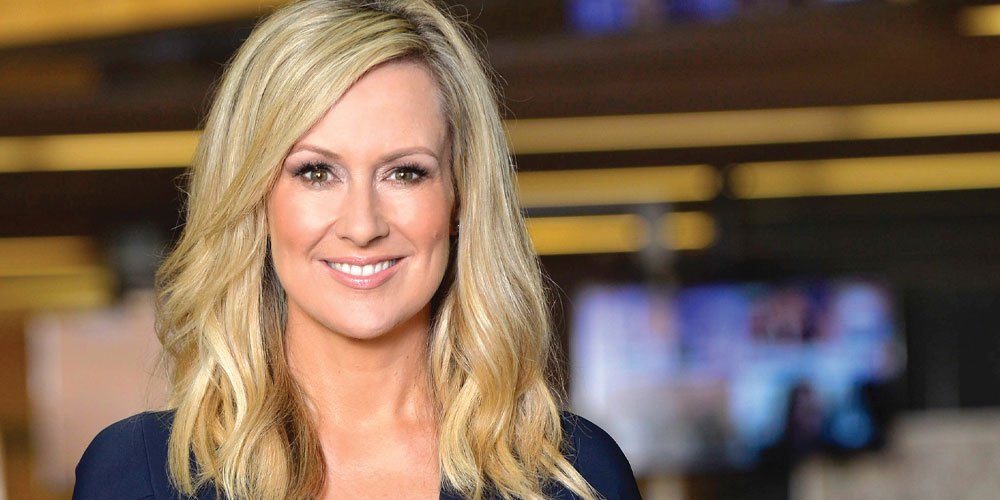 She is one of Australian television’s most recognisable faces, but Melissa Doyle will be the first to say she is “just like any other mum”.

The Channel Seven personality started out as a cadet in 1990 and became a respected TV reporter and anchor before co-hosting Sunrise for 11 years. In 2016, she fronted Sunday Night and was at the helm until the show was cancelled late last year.

Ms Doyle will be on the Sunshine Coast as the keynote speaker for the first In Conversation event for 2020 celebrating International Women’s Day at Venue 114.

The 50-year-old mother of two, silver Logie winner and Member of the Order of Australia will share her career highlights and personal experience of the juggling act women play when navigating the demands of work and home life.

“My job might be in the public eye, but it’s not much different to everyone else’s,” she tells My Weekly Preview. “It still takes me away from home, still gives me those feelings like every other working mum.

“Some weeks I feel I’ve nailed it, other weeks everything falls over and there is no food in the fridge, the place is a mess and I can’t get on top of everything.”

When asked if she believes there is such a thing as balance, Ms Doyle lets out a hearty laugh. “No way. I prefer to say there are priorities and they will always be changing. Your priorities are different when your kids are younger to when they grow up, and they are different when you are in your twenties to when you are in your forties,” she says.

“I hope I’ve prioritised what was important in that time of life and always hope that I’ve done my best and tried my hardest at everything I do – that’s all any of us can do.”

Returning to work in 2002 following maternity leave after having Nicholas, her eldest, Ms Doyle says she feels blessed to have been a “shift worker” on the Sunrise breakfast show roster at the time.

“When they were babies, I’d be up at 2am to feed them and get myself ready for work. I was exhausted for a number of years – that brutal sheer exhaustion that all new mothers know – but you bumble your way through and do the best you can,” she says.

“[Husband] John was part of the team and he’d get up in the middle of the night to help out. In those years, we were definitely in the zone of looking after the family… and just trying to make sure you have clean clothes on when you leave the house.”

Ms Doyle first shared her thoughts on the mum juggle in her book The Working Mother’s Survival Guide, which was released in 2007. She says being a mum to young children “sets you up for life. You realise that you can survive on little sleep and push through pretty much anything.”

Daughter Natalia is now starting Year 11 and Nicholas has completed high school and is looking at university options. “The most precious thing is remembering to grab those special moments when they come up and not getting caught up in this treadmill of life.”

With a job that has taken her to royal weddings, off to disaster zones and covering some of the biggest stories across the nation, being away from home is something Ms Doyle has had to grapple with since her children were very young. “I try really hard not to use the word guilty, but when they were little, it was really hard [to be a correspondent] but I found John and the kids would manage it better than I did. I would leave the house wracked with emotions and John would tell me the kids were doing fine, so I realised I was a lot harder on myself than I needed to be.

“As they got older, I would explain to them where I was going, what I was doing when appropriate and why it mattered, so they understood I wasn’t just going on a holiday without them. I wanted to share my experiences with them as much as possible.”

With Sunday Night finishing off late last year, Ms Doyle has continued hosting weekend breakfast on smoothfm and giving her time to the various charities she is linked with. “I recognise that I’m lucky to be healthy and have the privilege to live in a place like Australia with a job that has given me a profile, so I felt it was up to me to do something good with it, to make the most of the opportunities that I have. I don’t want to waste my voice and there have been particular stories over the years that have really struck a chord with me,” she says.

Natalia is showing interest in connecting with World Vision (Ms Doyle is a passionate supporter of the organisation). She couldn’t be prouder. “I just think if we can raise children to open their eyes to the world and know that they have opportunities that other kids around the world don’t have, they will have a more well-rounded view,” she says.

Always keen for a challenge, Ms Doyle is excited to see what the future holds for her at Channel Seven, which she is still contracted to. “I’ve been at Seven now for 24 years, so I feel like I’m part of the furniture. Sunday Night ending was really sad, but as disappointing as it was, I am excited that there will be new opportunities that will challenge me,” she says.

“What I love about journalism is that every day is different, every story is different. With Sunday Night, I was able to get stuck into longform storytelling, immerse myself in that subject to become more educated.

“Sunrise was an incredible journey andit will forever hold a dear place in my heart. Being able to be in the homes of Australians for that many years is not something I take lightly. To do something new is a healthy thing to do, I can keep learning, keep evolving and keep moving forward trying new things.”

In Conversation – The Juggling Act

In Conversation is proudly supported by Channel Seven, Hot 91.1 FM and My Weekly Preview and aims to educate, empower and engage the community.

Out about about: Hair Aid charity high tea fundraiser
Seeing is believing