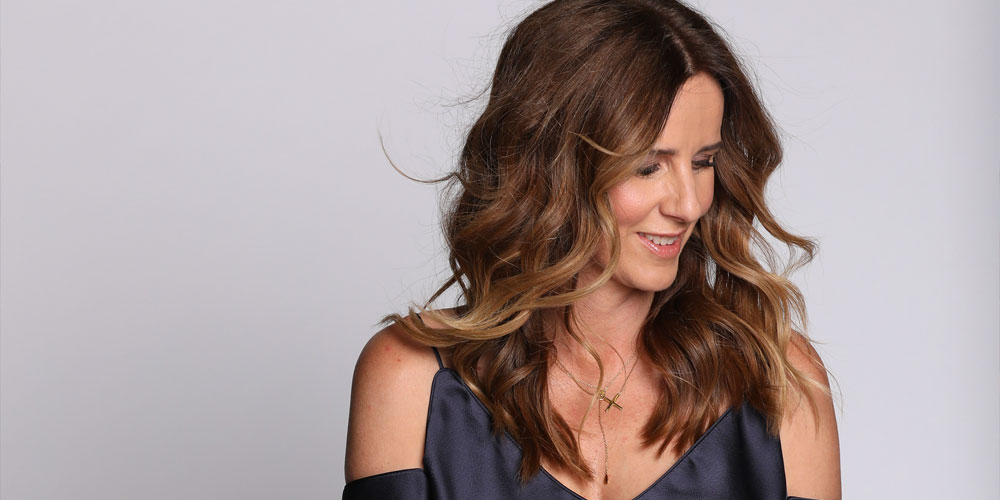 Picture this: you’re a young Australian woman who grew up riding horses on a 4500-acre property in country New South Wales. You decide to launch your own glossy magazine with no experience, at a time when everyone says magazines are dying.

Within 18 months, your magazine is being distributed in 37 countries and you get a call from the editor-in-chief of Vogue, Anna Wintour, asking you to come to New York. Nail-biting stuff, right?

Not for Lisa Messenger, entrepreneur, author, publisher and founder of the hugely successful Collective Hub, a ground-breaking entrepreneurial and lifestyle magazine.

“It was extraordinary that Collective had gotten onto her radar,” she says. “I flew over to New York to meet her and it was like walking onto the set of The Devil Wears Prada. It was one of those surreal moments – this little kid who knew nothing about publishing having Anna Wintour asking to meet her.

“So many people would think, ‘oh my gosh, this person is so much better than me’, but I don’t think like that. If you think like that, nothing will happen. I kept thinking, she called me, be confident. She’s obviously seen something in me, so I breathed that in.

“The very first question she asked was, ‘what’s your profit?’. I wasn’t expecting that, so I said, ‘nothing’. She just laughed. It was a way to soften the meeting. I was brutally honest. Our profit was nothing.”

Ms Messenger studied a bachelor of business in 1999 and launched The Messenger Group in 2001, a sponsorship and PR company which has grown to encompass a lifestyle website, events management company and publishing company, which has published 400 books.

But it’s Collective Hub magazine, launched in 2013, that’s closest to her heart and the arm of her business that launched her onto the world stage. In April, she made the difficult decision to close the print version of the magazine after 52 editions. She launched it with $1.5 million of her own money, then sold two properties and invested another $1.3 million into it. The magazine scaled too quickly and something had to give.

“With Collective Hub, I had 32 full-time staff and was paying $3 million in salaries each year,” she says. “That’s without all our freelance expenses. When I decided to close the mag in April, I did something kind of crazy.

“I decided to stop haemorrhaging money and I have now decentralised my entire team. I’m trying to use freelancers and consultants from mostly rural and regional areas.

“The message is, bigger isn’t always better. Launching Collective Hub has been amazing, but so has breaking Collective Hub – I really want that to be a strong message. It’s okay when things aren’t working out to break stuff.

“So many of us have our identities wrapped up in how things should be. Be courageous enough to break something and say, this isn’t working. Stripping it back to basics was one of the most liberating things I could do.

“I’d never run a global business like that before and I was in survival mode. My CFO every day said, ‘we need another $100,000’ and I’d scramble around, make more money, do more deals, find more revenue streams. It was like a treadmill of hideousness.”

She shares the lessons she learned from the experience in her new book, Risk & Resilience, published last week. A prolific writer, she’s written 24 books about self-help, business and entrepreneurship, and is in the midst of a regional tour to promote the book and share her insights.

An altruistic person who radiates a refreshing openness, she won’t be holding back on all the juicy stuff about her triumphs and challenges when she visits the Coast in October.

And her Coast fans will be some of the first to hear her big news – after months of soul-searching, she has decided to breathe new life into her baby and relaunch the print version of Collective Hub.

“I’m probably going to do just two issues a year. An issue will come out on November 29, because I just love it so much. I’m a big believer in physical, tangible and beautiful products.

“While digital content is great, there’s so much of it coming at us so thick and fast. It’s indulgent and luxurious to sit down on the couch with a cup of tea and a physical magazine.”

Ms Messenger is one sassy woman and her confidence is part instinct, part self-taught. She’s thrown herself into self-help courses over the years and today, is fiercely optimistic, saying her aim in life purpose is to ignite human potential.

“I’m a real believer that if we keep ourselves in the past, it’s really unhealthy. I outwardly observe people who take on that victim mentality or ‘poor me’.

“There’s so much I could be cranky or embarrassed about, or feel like a failure, but I choose to flip my mindset and go, that was that. It was a learning experience. It’s about adopting an attitude of gratitude and flipping everything quite quickly.

“I feel like it’s just the beginning. My purpose remains the same. To be an entrepreneur for entrepreneurs, to live my life out loud and that will stay till the day I die.”

1. Favourite music?
I listen to such a variety from really mellow yoga music to full-on dance/trance deep house music, which I listen to while I meditate before I go on stage. It grounds me and sort of gives me strength. I’m always playing music and always having a spontaneous dance-off at any opportunity, wherever I am.

3. Who inspires you?
Richard Branson, The Beatles, Osho. They are all such rebels. Closer to home, community members. There are so many go-getters out there.

Lisa will conduct a lunch event at Noosa Boathouse, Noosaville and a two-hour evening event at the Mantra Mooloolaba on Wednesday October 17. For details visit eventbrite.com.au and search for ‘Lisa Messenger’.

Coastline BMW Launch
All you need is love