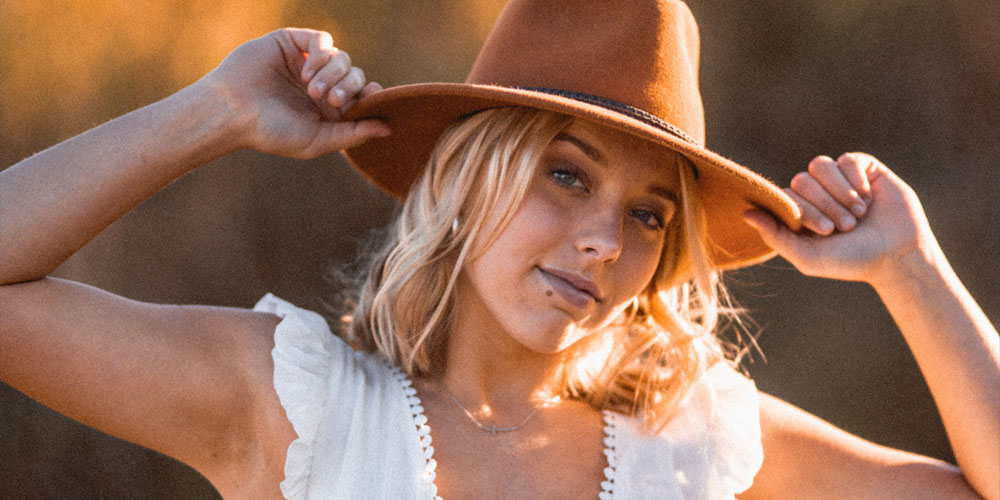 An up-and-coming Sunrise Beach musician is riding the waves of success as she launches herself, along with her beloved guitar, into the music industry.

If you have not heard the name Sari Abbott yet, then you are sure to sooner rather than later.

The 18-year-old, who recently released her fourth single, is making a name for herself on the local stage.

Falling in love with music at an early age, Ms Abbott’s life changed forever with the gift of a guitar and a bit of encouragement from local country music sensation Taylor Moss.

“I’ve always been in love with music,” Ms Abbott says. “I used to just sing and then Dad bought me a guitar. I fell in love with the sound.

“I’m not very good at expressing my feelings so music is the way I can express [them]. That’s a lot of where I draw my inspiration from and how I write my music because I relate to a feeling in the present moment.

“When I met Taylor, I was 12,” Ms Abbott adds. “She helped me learn guitar and put my chords together. She has been a great influence on me.

“She has helped me find a spot in the music industry in regards to genre but also shown me you don’t have to be just country or just blues.”

Describing her music style as country and singer/songwriter, the talented teenager has been finding her feet at the likes of Caloundra Music Festival, Gympie Music Muster, Byron Bay Bluesfest and Tamworth Country Music Festival.

Other recent successes include coming runner up in the Tamworth Songwriter Association Talent Search 2020/2021, a top 100 placing in the 2021 International Songwriting Competition and top 10 finish in the 2019 Gympie Music Muster Talent Search.

While it has been a tough two years for the music industry, Ms Abbott tells My Weekly Preview the live gig hiatus has provided a rare opportunity for herself as an emerging artist.

“I feel like because of COVID, there has been more of a chance to support and meet local artists,” she says.

“That’s something lovely that has come out of the past two years, and I found it really beneficial as I found I had a lot more time where I could write.

“I was able to do a lot of Zoom calls with other artists and it was a great time to work on my craft in studio rather than gigging all the time.

“I had so much time to work on who I wanted to be as an artist.”

Once live music began returning and with borders closed, there has been a real focus on giving Queensland musicians a chance to perform at major music events, including Caloundra Music Festival, Ms Abbott says.

“It has been so focused on local artists and there have been so many little Queensland festivals focused on people who are from Queensland.

“It’s been wonderful for small artists like me to be able to play locally at a festival that you might not usually get a chance to play at.

“Caloundra was amazing; it was so much fun. I played all my originals. I’ve never really had the chance to play my originals in front of so many people. To have people there in the front of the mosh pit dancing to my music – it was great to see people connecting to my music.”

Ms Abbott released her first single Do It Again in September 2020, and finishing Year 12 last week, she received the best graduation gift possible, releasing her fourth song Oceans on November 19.

“My new song is very beachy vibes – it’s easy listening. This song is about my connection with the ocean and growing up with it as my amazing backyard.

“When I write it often comes from emotion. I might get a certain emotion and I go, ‘I’m going to write a song about it’.”

The song has been co-written with Taylor Moss and produced by Sunshine Coast musician Nyssa Ray, and Ms Abbott says it is a surreal feeling to be recording and releasing songs at her age.

“I actually received a mix back from Nyssa recently on a new song, Burning, which is yet to be released. I was in my studio downstairs and plugged my phone into the speaker and tuned up the song and I realised, wow, I have songs on the radio. That was one of the first moments I went, wow, I’ve actually done this.

Having graduated from Noosaville’s St Teresa’s Catholic College, Ms Abbott is planning to spend the next six months working on writing, recording and gigging as much as she can.

Her big dream is to combine a love of music and law together to help young artists navigate the legalities of their own musical journey.

“Something that I have found a lot talking to other artists, is that there are so many times people end up getting into a music contract and finding themselves stitched up with their original music. They don’t really know how to read or understand the contract.

“What I want to focus on, is for people who are new into the music industry and have never really done any recording, to help them navigate music management, contracts and recording and to offer a bit of guidance.

“It something a lot of people need, so having someone who is in their as a musician would be beneficial to people.”

In the meantime, you can find Ms Abbott regularly gigging up and down the Sunshine Coast, and she will be performing at the Peregian Beach Carols on December 22. Her new song Oceans, along with her other music, is available for download on all music platforms. Visit her Instagram @sariabbottmusic.

Continue Reading
You may also like...
Related Topics: Music

The next step
Friends of Noosa alive!