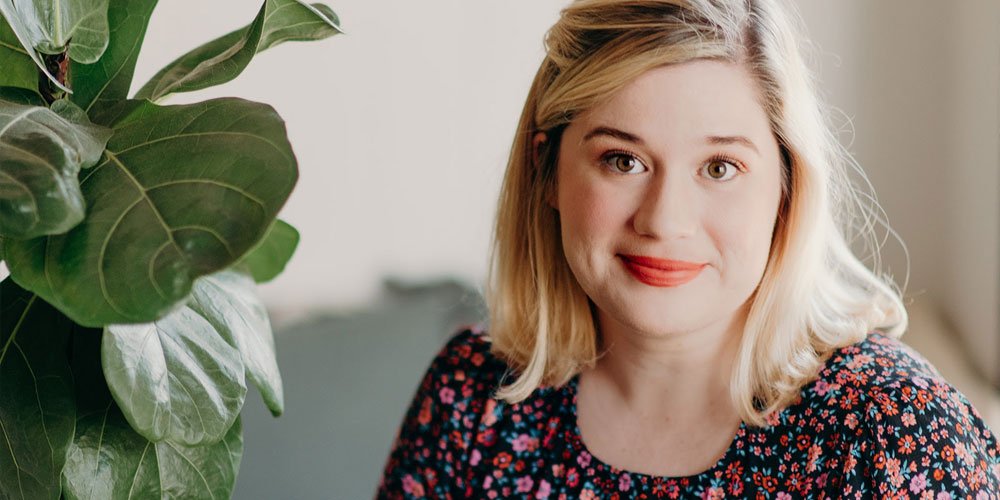 Growing up queer in Caloundra wasn’t easy for author Rhiannon Wilde. The 26-year-old struggled with her sexuality and found there were few role models to identify with. Being part of the LGBTQI community wasn’t normalised and advocated for in the way it is today and books about teenagers questioning their sexual preferences were almost non-existent. Had there been a book like Henry Hamlet’s Heart to read, it would have made life a lot easier.

The Brisbane writer won the 2019 Queensland Literary Awards Glendower Award for Emerging Queensland Writer with this heart-wrenching, funny tale about the awkward Henry Hamlet and his tumultuous path to finding love where he least expects it. A young adult novel that explores teenage sexuality and friendship, the author drew on her experience as a high school English teacher to write a book that has resonated deeply with young readers.

“A few of them have reached out to me and sent me messages. Henry doesn’t know what he wants to do with his life and I’ve had so many messages from teenagers in Year 12 who can relate to that, which is so humbling and amazing. I’ve had lots of messages from queer men, which has been incredible.

“Having taught high school English, I knew the fears and stresses they face. I knew you can get to 17 or 18 and you’re not really sure what you want your life to look like, but feel like you should know.

“I started the draft when I was 23, so it wasn’t that long since the end of school and the start of university. I remember thinking I was supposed to have everything figured out and I didn’t.”

Ms Wilde had wanted to be a writer since childhood and had made a few attempts at writing novels. She began a creative writing degree at university but switched to education in order to pursue what she saw as a more practical, well-paid career path. Her teaching years proved fertile ground for her emergence as a young adult (YA) author.

“I love reading YA and still read it even though I’m nearly 27,” she says. “It’s that time in people’s lives where they’re forming their thoughts and beliefs. It’s like the very beginning of figuring out who you’re going to be. I think that’s fun to capture in characters. I was watching students do that in my life as a teacher. I was teaching Year 12s and watching them figure out what they wanted to do with their lives. It’s an exciting but scary time. I think YA can help young people to see themselves represented and feel a bit better about things.”

It was during a school excursion to a cemetery in 2018 that she came across a grave inscribed with the name Henry Hamlet.

“I just thought, Henry Hamlet sounds cool and I love the way it just rolled off the tongue,” she says. “I could see him really clearly – my Henry – this teenager with brown hair, brown eyes and glasses. He followed me around and I don’t think I really had a choice. Once he showed up
in my life, I knew I had a character I could follow to the end. His voice is really immediate and engaging. I interviewed pretty much all my male friends to make sure I got that male experience as accurate as I possibly could and we worked on his voice in the editing to make sure it was as male as we could make it.”

Ms Wilde identifies as bisexual and lives in Brisbane with her male partner, who is also from the LGBTQI community. Now able to follow her dream to be a full-time writer, she’s thrilled her book has resonated with younger members of that community, saying it would have helped her in her younger years.

“These are the stories I like to read because I didn’t get to read them when I was a teenager in the 2000s,” she says.

“The only thing that did help me was reading as many varied experiences of people who were queer as possible. But I had to hunt for them and I didn’t find them until I was in my twenties.

“I love reading anything about queer people and their experiences. It helps my inner child a bit.

“I don’t think it was all as normalised back then as it is now,” she says. “I had crushes on my friends – it’s an experience queer people often go through. That’s why Henry’s experience is relatable. Back when I was at school, it was a negative thing in the schoolyard a lot of the time. We’ve come a long way. Every queer story that keeps coming out is important.”

Sunshine Coast Libraries is presenting Rhiannon Wilde in conversation with journalist Roxanne McCarty-O’Kane at the Little Book Nook in Palmwoods on Wednesday, September 1, from 5.30pm for a 6pm start. Her book will be available for purchase at the venue and Ms Wilde will conduct a book signing. Tickets are $10 and include soup, focaccia and one drink. Registration is essential. Visit library.sunshinecoast.qld.gov.au/Whats-On/Rhiannon-Wilde.

For more information about the author, visit rhiannonwilde.com.au.