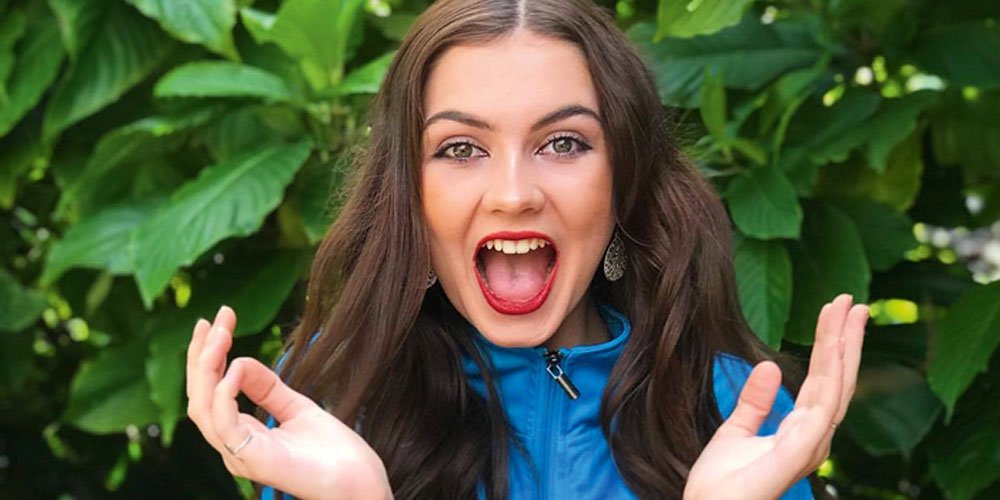 The creative industries have been one of the hardest hit during the pandemic, but aspiring Buderim actress Amy Talbot is spreading a message of positivity to other creatives who’ve been hit hard by job losses and missed opportunities.

“This year has been difficult to say the least for our creatives,” she says. “I have struggled through the restrictions with no acting or dance classes, cancelled productions and limited auditions. It has been a time for me, and I’m sure many others, where we felt held back. However, on the bright side, it has been a window of opportunity to create our own work. I have been filling my days writing scripts and plays and finding monologues.

“So although the creative industry currently has limits, our creative minds don’t have to be limited. Never stop learning, growing, inspiring, creating or writing an idea at two in the morning.”

The former Mountain Creek State High School student recently won a silver medal for senior acting in the World Championship of Performing Arts, an Olympic style event held in Los Angeles each year, where competitors from all over the world come together and compete for world titles. Due to coronavirus it was held virtually this year, through video submissions.

“I had to do it all myself,” she says. “I was in my bedroom with my camera and tripod set up against a blank wall. I was my own film crew, my own director, the actor, everything. I think there were over 100 people who competed for that medal from around the world. It proved that no distance, no limits, no restrictions can stop us from shining and achieving success,” she says.

Last year, Ms Talbot had the opportunity to visit Los Angeles to compete and came away with a scholarship to the New York Film Academy.

“I went up to Mum and said, ‘I’m going to LA to compete in this massive comp where over 60 countries perform and compete against each other’. I was this 18-year-old and it was my first time overseas on my own. I went with Team Australia, but had to find my own flights and my own funding to attend.

“On the plane, I just couldn’t contain myself. I was sitting next to someone who was going home to California and they were looking at me like I was crazy. I ended up placing in every category and won a scholarship to the New York Film Academy. I was absolutely thrilled and proud.”

Ms Talbot was supposed to spend 2020 in New York to take up the scholarship but has had to stay in Australia.

“It was quite a disappointment,” she says. “I’ve been in contact with the director who gave me the scholarship and we’ve been trying to work a way around it and see if I could defer the scholarship until this is all over. The problem is, we never know when it’s going to be over.”

Ms Talbot is represented by the Goodwin Talent Agency in Maroochydore and founder Alison Goodwin says the scholarship will open up many doors for her when she’s finally able to head to New York.

“Amy is a very talented young lady,” says Ms Goodwin. “She has just been asked to audition for an NBC TV series that’s filming in Brisbane. She can apply herself to any genre within the entertainment industry, whether screen or stage.”

Ms Talbot began acting in Year 11, having spent her younger years dreaming of a career in ballet. When a drama teacher at Mountain Creek State High encouraged her to take the lead role in a play, she never looked back.

“Once I got into acting I found that was what I really wanted to do and it was exactly where I needed to be,” she says.

“A lot of people have that stigma that you’re never going to make it in this industry, it’s so hard, you’ll never make any money from this. It’s such a common thing to be told. But we use that as fuel and fire to fight harder. I will prove them wrong rather than let them knock me down.”

She’s now applying for the National Institute of Dramatic Art (NIDA) and has her sights set on her acting career taking off in Australia.

“I’m working in an office saving money so I’ll be able to support myself if I do get into an acting school,” she says. “I want to be an actor in movies and I’d love to be in LA for that, but you have to make a career in your own country first.

“I don’t think there’s any limit to what you can do if you have a calling and a gut feeling,” she says. “I had to go to LA and it changed my life. You are the creator of your own dreams and you have to create your own life.”