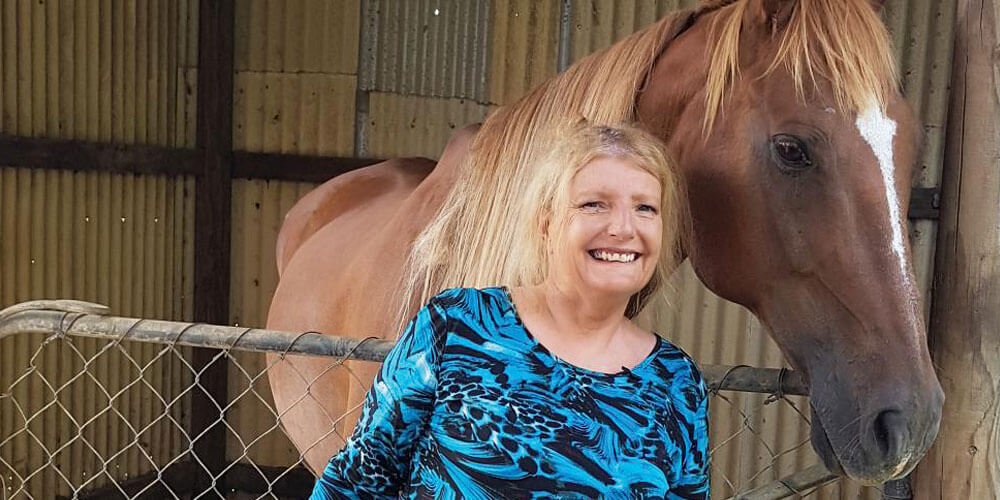 Amanda de Warren is a familiar face to readers of Woman’s Day magazine. For five years, her popular column the Animal Whisperer has given readers comfort that their beloved pets who have passed into another world are happy and haven’t forgotten them.

It may sound a little kooky, but she has a huge following around the world and about 11,000 Facebook fans. She does readings for celebrity clients, appears on radio, is in demand as a speaker around the country where she addresses crowds of up to 500 people, and is planning a world tour next year.

There are a lot of people out there missing their fur babies.

As a psychic medium, Ms De Warren says she can communicate with the spirit world and has a special affinity with animals, which she discovered as a child.

“I was born in England and I was on my uncle’s farm in Mayfield,” she says. “One of the dogs went missing.

“I kept saying, ‘it’s fallen down the back of a hay shed and it’s injured’. I was so insistent they ended up going there and finding the dog. It had fallen between the hay bale and the wall. My uncle was incredibly shocked.

“That was when I was about five. The ability has always been there but I didn’t develop it … until about 15 years ago and I’ve been focussed on it ever since.”

Ms De Warren moved to Australia with her family as a child and grew up in Dalby and Brisbane, holidaying regularly on the Sunshine Coast. “I just loved the place and was just so drawn to it,” she says. “People come up here for a reason – the people, the atmosphere, the energy. It’s just a beautiful place to be.

“We’d been together many years and I had a premonition three days before he died,” she says.

“I knew he was going to pass and I told him to be really careful. We had a road train and he was five minutes out of where he was going to stop and have a sleep. He fell asleep at the wheel and plummeted 120 metres off an embankment. It took me a long time to get past it.”

Having a fresh start on the Sunshine Coast was part of her healing process and she says the perfect house in Bli Bli fell into her lap, and her partner visited her from the spirit world soon after.

“I felt he wanted me to have this lovely home,” she says. “About three days after I moved in, I heard his diesel HiLux ute pull up, as I always used to. I heard him come up the stairs. I could see him.

“He walked in and had his green bag he used to take away. He put the bag down and he looked at me and smiled. I could feel him saying, ‘you’re home now – this is your home’.

While she’s become know for communicating with pets in the spirit world, Ms De Warren says she’s also able to connect with people who have passed over, and is often booked for parties of 10 people, where she gives psychic readings.

“I did one in Burpengary with nine ladies,” she says. “I said to one lady, ‘you’ve got a young male who took his own life’.

“I said to a second lady, ‘you’ve also got a young man who passed through suicide’. It turned out they were all part of a group of women who had lost their sons through suicide. I didn’t know anything, I just picked up on it.”

While communicating with fluffy spirits and reuniting parents with lost children is a heart-warming part of her job, Ms De Warren says there’s also a dark side to her work – interaction with evil spirits.

“They unfortunately do come through,” she says. “I work with a lot of children and it’s a free service. If children are having problems, parents will say, ‘there’s something in the room’.

“I usually get in and clear it. It takes about 15 minutes to talk to the parent and clear whatever it is. I pick up on what it is and why it’s there. It could be anything from an earth walker – someone who hasn’t crossed over yet – or a negative energy.

“I just get my guides to come in and I pinpoint negative energies, remove them and do a clean sweep. I put some rock salt in the corners, possibly send them a crystal, depending on what the circumstances are.”

She often sees a lot more than she lets on and has to be careful what information she shares.

“I don’t cross any boundaries as far as medical issue are concerned,” she says. “I do not diagnose, prescribe or refer because I’m not qualified to do any of those things. I will do what’s known as a 3D on a person or animal – it’s called a hot spot.

“The animal will say ‘this is what’s happened’ or ‘this is how I’m feeling’. How I connect with them is through a language and through my guides. I feel their personalities. They’ll show me a picture or scenario of what’s going on. I’ll shut my thoughts down so I can relate to what they say in their language.”

Ms De Warren says she’s booked solid, doing around eight readings a day and booking speaking engagements months in advance. She has a staff of three to manage the business.

“People come a long way to see me,” she says. “I recently did a stint on the Gold Coast and one lady flew up from Tasmania. I do phone readings, face-to-face readings, workshops and seminars.

“I’m very well respected in this industry. I do a lot of work with animals that have behaviour problems and sick animals. I have an enormous amount of positive feedback from people. I’ve helped them so much.”