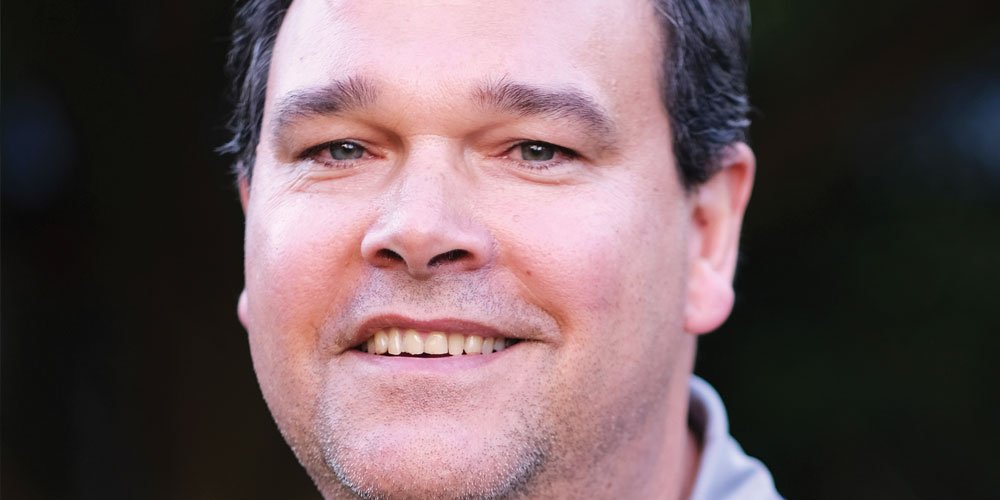 Not many people would feel at home mingling with convicted criminals, but Jonathan Stubbs openly admits he has a sense of connection to many of the men incarcerated in Woodford Correctional Centre.

The Inside Out Prison Chaplaincy volunteer has been visiting the prison for the past six years. He says during his “very rebellious” teenage years he was heavily into drugs and alcohol and he ended up in the watchhouse on more than one occasion.

“I acquired a criminal record from my use of drugs back in my youth, so I’m not squeaky clean and I could have easily ended up in jail myself had it not been
for the grace of God,” he says.

The 52-year-old Battery Hill resident says being open and honest about his past has “removed a couple of bricks from the wall” of prisoners who do not feel comfortable seeking support from fellow chaplains or staff who frequent the jail.

Growing up in a loving Christian home, Mr Stubbs says he was able to rediscover his strong foundations and values instilled in him by his parents to find a way out of the dark pit of drugs and alcohol and back to his faith at the age of 25.

Living a party lifestyle for many years, Mr Stubbs says he and his girlfriend, now his loving wife, decided to travel overseas in a bid to see the world and learn and grow.

“When we came home, we realised everything was still the same, our relationship wasn’t changing, we were trying to escape what we were doing rather then face it head-on,” he says.

“We decided we’d never tried God and having been brought up in a Christian home, I knew when you make a decision for Jesus, it’s for life. We did that together and never looked back.

“However, it wasn’t until that moment that I realised I was an addict.”

Mr Stubbs’s father George was a prison chaplain for 25 years, including 20 years with Inside Out Prison Chaplaincy, which is run by Queensland not-for-profit Carinity. It was his father’s and mother’s life of service that inspired Mr Stubbs to work in jails.

“My father rang me one day to mention he had met a young man in jail whose mother went to our church, so I started visiting him,” Mr Stubbs says.

“Over the next two years, we built up a good relationship and I really saw the significance of walking alongside someone who’s incarcerated, and that process has stayed with me.”

After losing part of his right arm in a motorbike accident at the age of 35, Mr Stubbs made it through recovery and found he was able to dedicate more of his time to the work he had been called to do. He volunteered at Risdon Prison in Hobart, where he connected with prisoners under the tutelage of a qualified chaplain for about four years.

When he moved to the Sunshine Coast, Mr Stubbs connected with Inside Out Prison Chaplaincy and started visiting the Woodford Correctional Centre. He recently became the first Sunshine Coast resident to graduate from a Queensland-first pastoral care course by completing Carinity’s Certificate IV in Chaplaincy and Pastoral Care.

Mr Stubbs leaves home at 7am every Thursday to get to the jail around 8am and go through security protocols to reach the office. He has a cup of coffee and sees if any inmates have booked in to see him that day before heading into the units around 8.30am.

Chaplains are the only people who are able to walk through the jail without an escort. They have access to the medical and detention units and can move about freely within the jail, outside ‘muster’ times, where inmates are counted and locked into their cells at various times of the day. Mr Stubbs heads home again around 3pm.

He says 90 per cent of his encounters with prisoners are spontaneous, where men will see him and approach to chat. The remaining 10 per cent are requested meetings.

Mr Stubbs says the prisoners feel respected and valued when he gives them his time, something he says can make a huge difference in their lives. He says the biggest lesson he has learned over the past 10 years of working with prisoners is how to ‘listen’. “There is a common saying that criminals should be locked up and throw away the key and while I agree with the first part, I have quickly realised they are normal people just like you and me,” he says.

“They talk about their families, their loved ones, and many of them express feelings that they are not worthy of forgiveness especially by God. This is an open door for me to share my story and tell them that the world looks at the outside, but God looks at the inside, which reveals the real person and that’s who God wants to get to know.”

Mr Stubbs is one of around 30 Inside Out Prison Chaplaincy volunteer prison chaplains offering pastoral care to men and women in correctional centres between Cairns and the Gold Coast.

“It’s a young man’s jail today because of the ice epidemic. That’s not to say they are all addicts, but there are dealers, traffickers or they’ve committed crimes that are somehow related to ice,” he says.

“This has become more prominent as the years have gone on. Overpopulation of jails has also become an issue and there’s no easy solution – it is what it is. Woodford Correctional Centre was built to house just under 1000 men and it now holds over 1400 men. When you’re used to having your own cell and then have to share one, the dynamics change, and when you add a lot of testosterone there can at times be problems.”

Mr Stubbs says although he has witnessed a number of fights among inmates, he has never been threatened or felt unsafe while carrying out his work. In fact, there is an unspoken mutual respect there.

“What I want people to understand is that prison chaplains are important because we have privileged access to broken lives that matter and the same hope in Jesus Christ that we have is the same hope that inmates and all people can have,” he says.

The Bible says in Hebrews 13:3 to “remember those in prison…” so with a firm goal to “beating Dad’s record”, Mr Stubbs says he is committed to continuing his chaplaincy work for as long as he is physically able and called by God.

Making her move
Driven to create