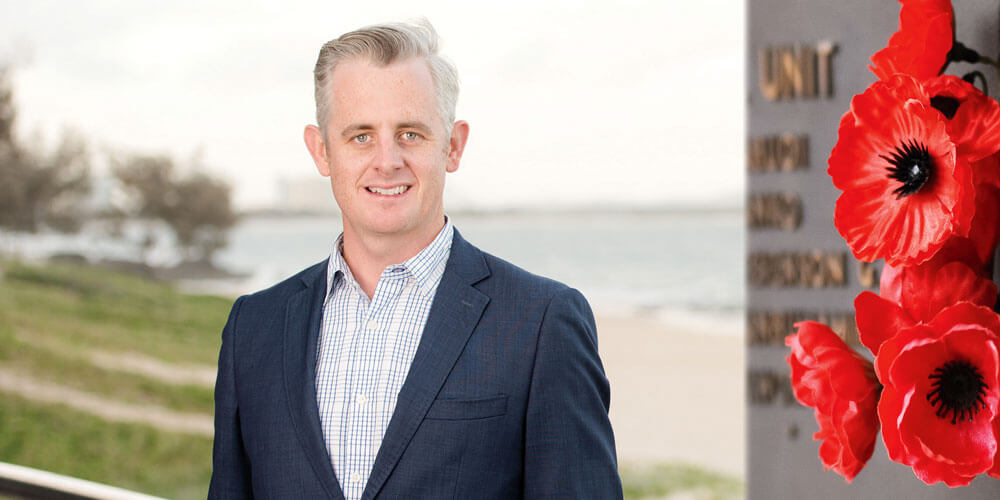 For Remi Rafter, Anzac Day isn’t just about honouring the sacrifices made by Australia’s servicemen and women. For the former Army engineer, it’s about something equally important.

“Anzac Day is about more these days,” he says. “It’s about appreciating that the Australian way of life is as good as it gets. It’s about acknowledging and being grateful for the freedoms we enjoy, which I believe a lot of people take for granted. We’re very fortunate here. Having spent time in the Army and going to a lot of underprivileged countries, I’ve got a good understanding of how fortunate we are in Australia.

“The Australian way of life, including the freedom and prosperity we all enjoy today, has come at a cost,” he says. “Our current and ex-service men and women are highly respected as a result of this.”

It’s a sentiment shared by many Australians, least of all those who have served and have a deep understanding of the sacrifices made and the dangers faced, often at a young age.

Mr Rafter was born at Nambour Hospital and grew up on the Sunshine Coast. He joined the Army straight out of school and served for 13 years, leaving four years ago at the age of 30. Now living at Alexandra Headland, he’s the Queensland acquisition manager for Pindan, a privately-owned property development and construction company.

“I always had an interest in engineering and construction and I wanted something challenging, something a bit more exciting,” he says. “At the time I joined the Army, I probably didn’t fully appreciate what I was getting myself into. You’re 17 years old and you’re not really sure what you want to do. As an outsider looking in, you don’t fully appreciate the magnitude of the tasks the Army does.”

Mr Rafter studied civil engineering at the Australian Defence Force Academy and completed officer training at the Royal Military College, Duntroon. Following completion of training, he served in a variety of roles as an officer in the Royal Australian Engineers, including combat engineer positions at the 1st Combat Engineer Regiment (Darwin) and construction and project management positions at 21st Construction Squadron (Brisbane), and 19th Chief Engineer Works (Sydney).

Training for the Army meant being constantly challenged, not just physically, but academically.

“You learn about the whole history of Australia and our involvement in all the wars to date,” he says. “That’s quite a humbling experience. You’re sitting there wearing the uniform at the time, knowing there’s been many tens of thousands of people before you that have been in much more challenging situations. I think every serving personnel in the military is always constantly hopeful they can live up to the expectations of those who’ve gone before.”

Mr Rafter served in Australia and overseas, including Afghanistan, where he planned and delivered living quarters to protect troops from rocket attacks.

“The bases where our troops were in Afghanistan were constantly under various attacks,” he says. “We were in a situation where we were in the middle of Afghanistan trying to get construction materials in and it was very difficult. We had to rely heavily on local labour, dealing with local construction companies and the challenges associated with that, including the security issues associated with using local people.”

Here at home, he led a team of tradesmen to construct medical facilities in the remote Indigenous community of Kalumbaru in northern Western Australia and led the combat engineering team providing high-risk search capability for the security of the Commonwealth Heads of Government meeting in Perth.

After more than a decade serving his country, Mr Rafter is now enjoying life back on the Sunshine Coast, which is all the sweeter given where he’s been. Every year, he joins the mates with whom he has served to attend an Anzac Day dawn service.

“This is usually at a different location every year – this year it will be at Mooloolaba,” he says. “It has become very important to me to spend Anzac Day with this group of mates and reflect on our service and the service of others. We have a very strong and unique friendship.

“I encourage not just my family, but everyone I come across to appreciate the great country we live in – people of all ages and backgrounds should all find their own way to develop their understanding of the Anzac legacy.”