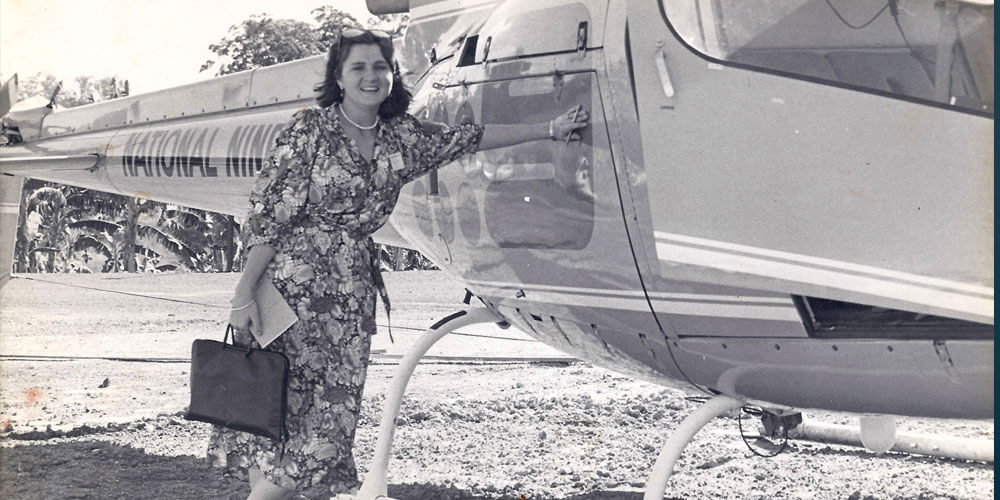 Finding a box of old letters is like striking gold for a historical writer like Dorothy Whittington.

Her 2007 book March Hero told the story of Jim Hocking, a 21-year-old Nambour man whose act of bravery saved the small English town of March in 1944.

When his family discovered Jim’s last letters, she knew she had to update the book.

Mayor Mark Jamieson is launching the second edition of March Hero at Nambour RSL on October 6.

“The Hocking family had Jim’s wartime airgraph letters turn up in an old biscuit tin,” she says.

“Another two chapters were added. It now becomes a really poignant countdown because you know his life ends on July 28, 1944, but his letters talk of hoping to be home for his 22nd birthday.

“As with the first book, it is a very emotional journey. He’s only 21 and he’s in England flying bombers. His letters put Jim into his story.”

Whittington, a veteran Sunshine Coast journalist who began her career as a cadet with the Nambour Chronicle in 1975 at the age of 19, is a passionate historical writer who knew she’d found a fascinating story when she first heard about Hocking.

“I was covering a Maroochy Shire Council meeting in the late ‘80s when they were looking at forming a sister city relationship.

It was mentioned that March in England had been saved by a boy from Nambour during the war. My ears pricked up.

“I thought, ‘that’s a good story’ and filed it away in my head. He had told his crew to jump to safety while he guided his burning bomber over the sleeping town and died when it crashed in a paddock within view of its 14th century church.

“I was living in England in 2005 and thought it was finally my chance to follow up the story.

“I made the trip to March and also visited Jim’s grave in the Cambridge Cemetery. It was a chill November day.

“There were autumn leaves blowing across Jim’s grave and I thought, ‘what the hell is a boy from the Sunshine Coast doing buried in this cold, grey place’?

“I determined at that moment I would write his story. While it was well-known in England, many people in Nambour, where he was from, had never heard about it.”

Whittington says it was a harrowing story to tell.

“It was a labour of love; it’s a story I feel quite passionate about.”

“I thought, what the hell is a boy from the Sunshine Coast doing buried in this cold, grey place?”

Whittington’s tenacity over many years has seen her enjoy a long and successful career in journalism.

She worked on major Fleet Street dailies, freelanced in Europe and returned to Australia to work for the Brisbane Sun as well as stints with TV and radio in the days before the Coast had its own news bureaus.

She has worked for almost all of the newspapers on the Sunshine Coast at some point, written the biography of former Maroochy Shire Chairman Eddie De Vere in 1996 and edited the autobiography of former chairman Fred Murray, as well as providing the research for two TV documentaries about the Coast.

My Weekly Preview readers will recognise Whittington’s local history stories, many of which she writes from personal experience, having grown up in Nambour and raised her three children in Palmwoods.

Many locals will also recognise her as the editor of Your Time magazine. Less known is her role as a funeral celebrant with Gregson and Weight funeral directors and as a media lecturer at the University of the Sunshine Coast.

“I love journalism – it’s one of those things, if you love what you do, you never have to work a day in your life,” she says.

“Even though I moan about deadlines I feel blessed and privileged. There have been a lot of exciting times.”

“I had a home office long before there was internet and often when the kids went to bed, I would write to 2am,” she says.

“I really felt strongly about being there as they grew up. If I’m ever asked about my greatest achievement in life, I’d say those three kids. They’re amazing.

“When Mike Ahern had just become Premier, I was doing a story for the Sunday Sun.

“It was a Saturday afternoon and I was vacuuming. Becky answered the phone. I put the vacuum down so I could take a call from the Premier of Queensland and I thought, this is a working mother.”

Whittington held off on her travel while raising her family but now she’s over 60, she has a policy to head offshore at least twice a year.

While she’s still recovering from “living and breathing the book” for months, her focus is shifting back to her website, Brismania, completing her lifetime transformation from print journo who
called in stories at public phone boxes, to digital editor.

“I’ve gone from working beside the printing presses and the smell of ink, to social media, where the press is all but wiped out.

“What I’d really like to do next is give tours of Brisbane, to combine history with playing tourist at home,” she says.

“There’s some amazing WWII stories. That’s the next project that bubbles away in the back of my head, saying take me, take me.”