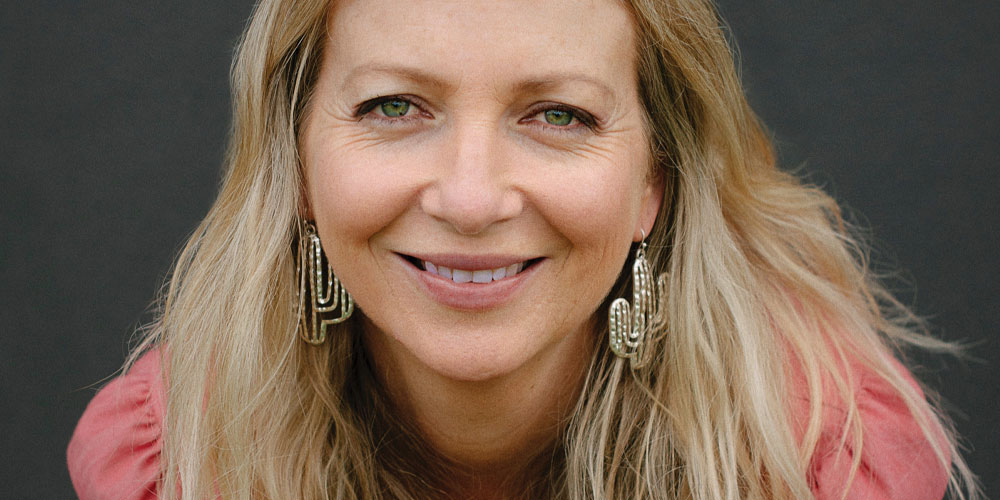 Growing up in Sydney and the Blue Mountains in the 1980s, writer Leigh Robshaw fell in love with faraway places and exotic cultures.

“When I was really little I used to read Encyclopaedia Britannica,” she says.

“The full-colour pictures of exotic places in the world – I was fascinated.

“I remember seeing pictures of pyramids in Mexico and the waterholes where they found bones of sacrificed Mayan women and children. I have always been drawn to those strange, dark stories. Near Katoomba we had the Inca Gallery – an unusual little gallery of ancient artefacts. I went there as a teenager and was intrigued. I was fascinated by South and Central America – iconic places like Machu Picchu and Christ the Redeemer in Rio. I felt a deep pull to those cultures.”

In 1995 the then 23-year-old filled a backpack and, with her friend Emily, boarded a plane for the adventure of a lifetime. Arriving in Buenos Aires, Ms Robshaw instantly felt at home. And then she met Gabriel.

“On my third day I met a man in a market. It was an instant connection. Without wanting to sound too woo-woo, I felt it was a past-life connection. It was love at first sight.”

Ms Robshaw and Emily had planned to go backpacking around Argentina, Brazil, Bolivia and Peru before heading to London to find work. It was an extraordinary trip, but Gabriel was never far from Ms Robshaw’s mind.

After six months in London with her bank account replenished, she travelled back to South America to live with Gabriel in his homeland of Peru. But adventure called and they took to the road with the intention of embarking on a new life together.

“We travelled north and didn’t really know where we would end up. We just wanted to be by the beach in a tropical climate where we could sell jewellery.”

They found their dream home in Playa del Carmen, a Mexican resort town between Cancun and Tulum – a destination now popularised by Instagrammers.

Gabriel was an artisan jewellery maker and they made a humble living selling his creations to tourists in Playa del Carmen. There they met Jimmy No Problem, a charismatic Mexican shopkeeper who invited them to sell their wares from his store, a hub for a crew of colourful characters.

“Everyone was an artisan or artist, musician or traveller. I met lots of amazing people. We were invited to live in a little compound of thatched-roof huts near the beach. There was no security, no hot water. It was primitive and I loved every second.”

“There were small cultural differences, but we were best friends and our connection was very strong. I wanted to marry him, have babies and live there forever. But there were things about Gabriel that began to surface. We both had some issues we needed to work on and these were exacerbated by a few dangerous situations we found ourselves in.”

Despite the ups and downs, Ms Robshaw loved her new life, which was a stark contrast to the one she had back home, where she had often felt insecure and misplaced.

“Due to some difficulties I experienced in childhood, I grew up with low self-esteem and little sense of belonging. I felt like I needed to reinvent myself away from Australia, in a place where I could be whoever I wanted to be and where I felt accepted.”

After three-and-a-half years away, she did return home, but with a new sense of purpose. “I didn’t feel as lost anymore. That trip and overcoming challenges in a really difficult environment strengthened me and made me resilient. It was transformational.”

It’s this transformation she shares in her new book You Had Me at Hola, a memoir of her time in South America and Mexico.

Through her book, Ms Robshaw hopes to inspire others to see South and Central America and its people in the way she does.

“I feel there has been a lot of bad press about Latinos lately. Violence and poverty does exist there, but the vast majority of people are warm and welcoming. People who had nothing, who were poor, welcomed me again and again.

“The people with the least amount are often the most generous and that is a big thing I learnt in Latin America, and it is something that will always stay with me.” 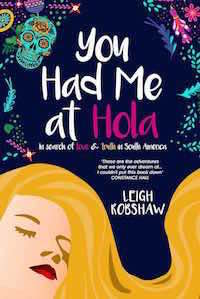 You Had Me at Hola is available now at Rosetta Books at Maleny, The BookShop at Caloundra, Harry Hartog at Sunshine Plaza and Berkelouw Books at Eumundi. For more information visit leighrobshaw.net.