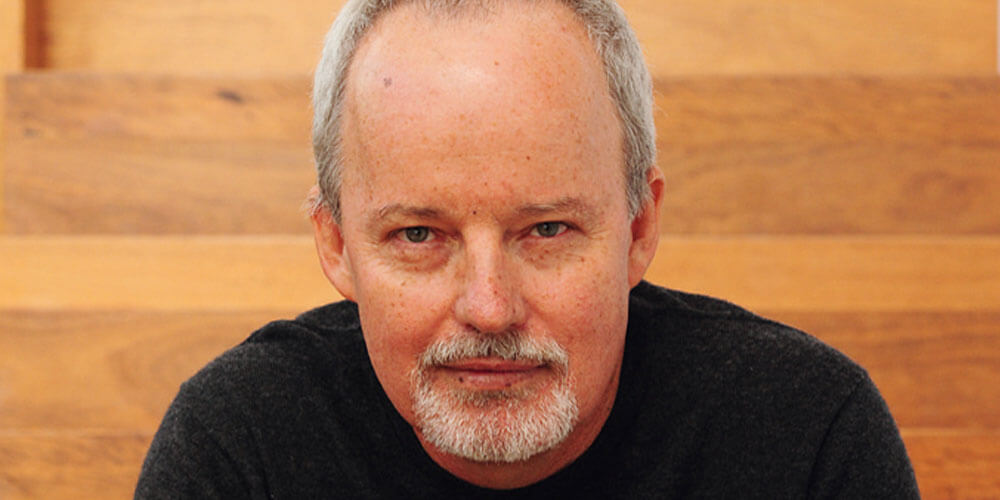 Michael Robotham says his greatest driving force is fear of failure. It’s a disarming revelation coming from one of Australia’s most successful writers.

“I still sign every book to my agent, ‘we fooled them again’,” he says. ‘There’s that American thing, if you talk the talk, you’ll walk the walk. I was always completely different to that. If someone says, ‘are you driven by the desire to succeed or fear of failure?’, it’s the fear of failure.

His latest book, The Other Wife, hit number one on the Australian bestsellers list recently and is proving his most successful book to date.

The ninth and final in his psychological thriller series, it features his much-loved character Joe O’Loughlin, a clinical psychologist with a strong mind and crumbling body and Mr Robotham’s most autobiographical character.

“I’ve been number one in Germany and the Netherlands, but this is my first ever Australian number one fiction title,” he says. “It’s a summit you hope to scale one day, but I didn’t think I’d ever quite get there. I think this book is the tipping point. Each book I’ve written has been more successful than the last.”

Having succeeded at every stage of his career – first as a journalist, then as a ghostwriter and now as a bestselling crime writer – he still feels like a fraud. “Every time I start writing a book, I feel like I have to learn how to do it again.”

But the figures don’t lie – he’s sold six million books and had them translated into 23 languages. So where does the self-doubt come from? “My father was probably the most important figure in my life – the person I most wanted to impress or win favour from – but he was a man of his generation and he didn’t praise his children. I know he was proud of me, but he never told me. That generation took the attitude that you don’t praise children because they’ll get a big head. I know he bragged to his mates about his children, but he would never say it to my face.

“When he died [10 years ago], my abiding emotion and thought was, ‘who am I going to do this for now?’. I spent my life trying to impress this man and now he’s gone.”

The complex relationship between father and son is a central focus of Mr Robotham’s new book, and while Joe O’Loughlin’s father is nothing like Mr Robotham’s father, it’s a more personal story than his other books and clearly draws on elements of his own relationship with his father.

“Joe is discovering his father was not the man he thought he was,” Mr Robotham says. “He has to go on a journey – in solving the crime, Joe has to comes to terms with it. I manage to say things in the book I never managed to say in real life.”

As soon as Mr Robotham finishes one book, he begins the next, fearing the spell will be broken. He’s almost finished his next book, which he assures readers will be just as good as the Joe O’Loughlin series.

“It’s a bit like breathing for me,” he says. “I can’t go a day without writing. When I’m writing the book, I think, this might be okay. But if I go a day without it, I think, this is going to be a terrible book. So I stay on top of it. If you’re writing a novel it’s not like you can cram on the last day. It’s a lot of work, so you have to start and climb.”

Consequently, Mr Robotham walks through life not fully here, his head filled with characters and plotlines. His wife and three daughters have become accustomed to this. “I’m useless,” he says. “I miss dropping kids at school, I forget to pick things up from the shop. At dinner with my wife, she will kick me and say, ‘you’re with her aren’t you?’. Vivien does say she likes it when I finish a book, because she gets me back.”

Mr Robotham is known for his great characters but says he struggles with plotting, so he writes organically, without crafting a detailed plot like many writers of his ilk. “I love creating character and I love writing dialogue and descriptions, but the idea I’ve got to get person A to local B, it’s like putting together an Ikea flat-pack piece of furniture. To me, it’s like playing three-dimensional chess and it does my head in. But writing a wonderful conversation between a father and daughter, that I love.”

“Being a writer is a bit like being a psychopath,” he says. “You have control of your characters’ day-to-day lives. I have a rich fantasy job in my head – I can get the girl, get the job, punish my enemies. I want to create a story where readers fall in love or care about a character – and then I do terrible things to them.

“I don’t like three-word slogans, but if I did have one, it would be: make them care.”

Michael Robotham will speak about his new book, The Other Wife, at Maroochy RSL on Friday September 7 as part of the Sunshine Coast Libraries Author Events program. Visit library.sunshinecoast.qld.gov.au/Whats-On/Author-Events for more information.