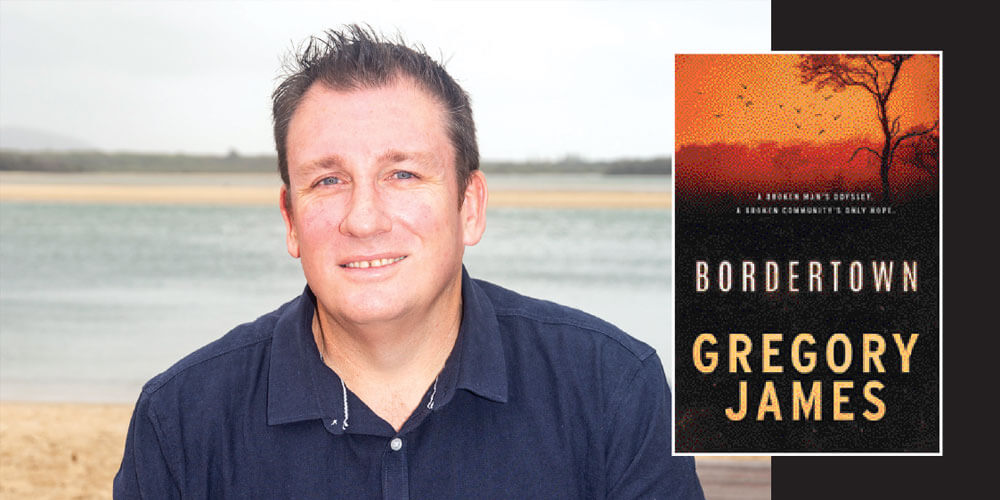 Plenty of people love a good crime story, but few know what really goes on behind the scenes of police detective work. Birtinya author Gregory James does. During his two decades in the police force, he inhabited the world most of us only see in TV shows or hear about on podcasts.

“I often say it’s difficult to write a real detective story because having been a detective, it’s not that exciting. But it’s  a pretty noble job and you get a lot of satisfaction from trying  to help people. Cops aren’t always cast in a great light, but generally they try their best.”

Like many of his ilk, Mr James suffered post-traumatic stress disorder and eventually left the police force, taking up writing as a way to deal with what he’d experienced.

“I started writing the book as a bit of therapy,” he says. “It blossomed into a fiction story, loosely based on a real event.

“I really enjoyed the process and had to do a lot of learning of the craft along the way. Writing was a big part of my job  as a detective. I was particularly interested in coroner’s investigations, writing a story about people’s lives. I always enjoyed writing, but I had to learn the fiction part of it. Fiction is a good way to write about real things.”

Bordertown is set in 1980s Goondiwindi, before the Fitzgerald Inquiry swept a large broom through the corruption rampant in the Queensland Police Force. The protagonist is Robert ‘Bo’ Campbell, a young detective from the city who has accidentally shot and killed his best friend and partner during  a bungled drug raid. He faces the sack, or jail.

Sent to a remote outpost on the border of New South Wales and Queensland, he encounters corruption, racism and a group of missing Indigenous women. Bo risks everything to save a broken community and what ensues makes for a gripping read. It’s a story of determination and redemption.

Mr James was a runner-up in the inaugural HarperCollins Banjo Prize last year, narrowly missing out on a publishing deal. Not to be deterred, he has self-published his book, hoping it will be received as a compelling newcomer.

“People are fascinated generally by crime and by what police do,” he says. “Mine isn’t a psychological thriller; it’s a real story of a fellow who is down and out and has a lot of problems. In sub-genres, mine’s classed as a police procedural. My book is realistic because obviously, I’ve lived it.

“It’s a real eye-opener in terms of the attitude the police had in the 1980s. My novel pulls no punches in terms of the way cops treated Indigenous people. While it’s not like that anymore, we’ve still got a long way to go.”

Mr James still works as an investigator, conducting workplace investigations around the country and running training for local councils. While he enjoys the work, he dreams of the day he can work as a full-time writer and has five books planned for the series. This is not the last we’ll be hearing of  Bo Campbell.

A book launch will be held on March 22 at the home of 4 Ingredients at Moffat Beach at 5.30pm. If you’re interested in attending the launch or buying the book, visit gregoryjamesauthor.com.

Continue Reading
You may also like...
Related Topics: author, police