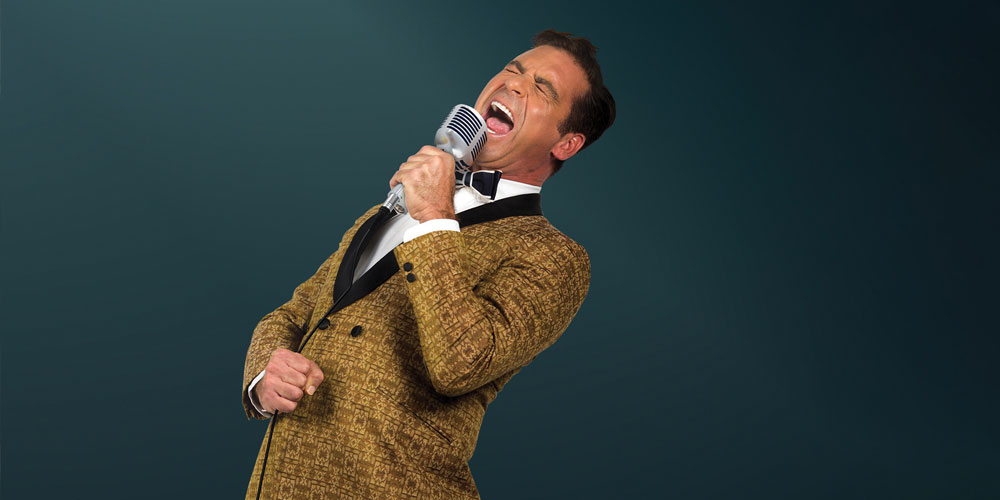 What can we expect from the show?
I can’t wait to let this show loose on the Coast. What you’ll get is a stomping tour through the greatest hits of JOK, woven together with very personal stories of his life, and of my relationship with him. And those stories take you right into the heart of the songs, to shine a light on the soul of a man who’s music changed the lives of so many others.

Do we need to brace ourselves for any audience participation?
Only if you have a dodgy back. Otherwise, the participation will be positively therapeutic for body and soul. If you ever saw JOK in concert, you’ll know exactly what I mean!

Is it aimed primarily at Johnny O’Keefe fans or is it the kind of show music fans of any age will rock out to?
Oh definitely both. The fans that know and love JOK’s music will hear it in concert for the first time in 40 years, performed by some sizzling hot rock ‘n’ roll musos and a guy with Johnny’s blood in his veins. But anyone who loves great songs, or who wants to find out how one incredible comet of a man revolutionised the music and culture of Australia while the Beatles and Stones were still in school shorts, will find it fascinating, and be amazed at how the music still reverberates all these years later.

Growing up, did you enjoy Johnny’s music, and was he an inspiration for you to go into the entertainment business?
Oh absolutely. Whenever I’d spend time with Johnny and my cousins, I’d always walk away thinking, wow, he’s the kinda guy I want to be. Not just because he was effortlessly cool and super famous, and flashy and fun and magnetic in every way, but also because he was a good man. Wild as a tiger in a tiger-skin suit, and obviously full of the highs and lows of his heart’s journey, but also huge-hearted and loving in every way.

Does the show tell any aspects of Johnny’s story that will surprise people?
Plenty. Because I tell the story of his life from my own little boy’s view of it, the audience gets to see The Wild One from behind the curtain, as not only the first local megastar they’d ever known, but also as a son and a father and a brother and an uncle, a man whose love of family and whose hunger for recognition were the driving forces of all his passion and success.

Did you feel pressured to go into law and at what point did your realise entertainment was your true calling?
It wasn’t pressure as much as simply a natural pull. Law was the family trade, and both my brothers went through law before I did. But I always knew that the law would only ever be one aspect of my life, and if you’re born a wolf, it’s very hard to be a lamb forever. So entertainment was always a part of my life.

You clearly put a lot of yourself into the show (and into all your endeavours) – are you a bit of a perfectionist who pushes yourself too hard at times?
I certainly don’t feel comfortable with giving less than 100 per cent of my efforts to any job I do. After all, the audience doesn’t give less than 100 per cent of the ticket price, do they? I wouldn’t say I’m a perfectionist – in fact, often the gold can be found in the cracks between the rocks – but I do like to feel that I couldn’t have done any more to make a show great. And if that means that the tank runs dry at times, well that’s why I have good people around me who can make sure I stop and fill up now and then.

You’ve enjoyed a varied career in the spotlight – how does being on stage compare to your TV work and where do you feel most at home?
I love television, just as Uncle John did, and I love live television in particular because it’s a direct and unfiltered line to the audience. But I love the stage most of all, because what you see on stage is me, no editor, no responsibilities to the advertisers, no commercial self-censorship, just the raw real me. But even better than that, in a live stage show, the audience becomes a part of the show: their reactions, their energy become the fuel for the show and can change the show from night to night. In essence, the show becomes a joint effort between the audience and myself, which makes each show something unique.

Andrew O’Keefe ‘Shouts’ Johnny O’Keefe is on at The Events Centre on November 1. Visit theeventscentre.com.au for more information.