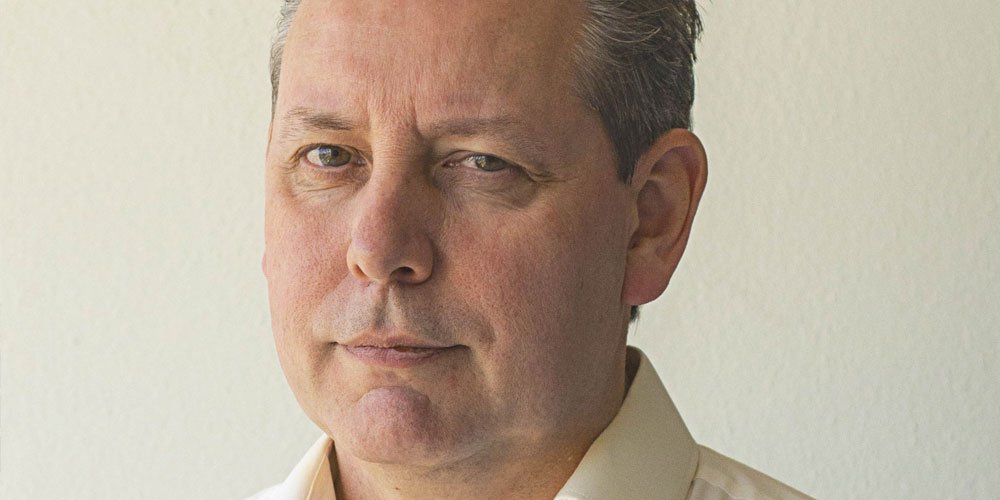 Australian crime novels and thrillers, especially set in the outback, are having a moment. In fact, the success spurred on by bestselling authors like Jane Harper is phenomenal, with readers intrigued by those big, thirsty bush and desert landscapes – the perfect setting for an atmospheric and gripping story.

When he sat down to write his new novel Hermit four years ago, Golden Beach author SR White had no way of knowing his book would find itself perfectly positioned in the world’s hottest genre of 2020. It’s like striking gold for an author and Mr White is hoping his book will ride the wave of popularity all the way to bestseller status, with the ultimate dream being a TV or film deal.

Having worked with the UK police for 12 years, Mr White moved to Golden Beach five years ago to help his ageing parents. From his quiet abode here on the Sunshine Coast, he has created a compelling crime novel that looks set to become the next big thing in the literary world, with big names in the industry predicting Hermit to be a worldwide success. And it’s about time.

“I’ve been writing for 25 years and I’ve been turned down over 800 times,” he says. “This is my ninth book. It has been a long journey. It’s a fine line between determination and mad stubbornness.

“I reached a stage 10 years ago where my writing was good enough, but then it’s more to do with a subjective feel,” he says. “An agent or a publisher, they have to feel really passionate about that particular book. They’re getting several thousand books in a year and they might take three or four of them.”

Mr White’s persistence finally paid off when he landed a UK agent by the name of Hattie Grünewald, who pitched the book to Headline Publishing, a division of Hachette.

Hermit follows the story of detective Dana Russo who has just hours to solve a murder in the Australian bush. The prime suspect is a man who disappeared without a trace 15 years earlier. Dana is a different kind of detective – not the brash, confident type, but an introvert. The intense relationship between detective and suspect forms a gripping narrative. Mr White says two main threads brought the story together for him.

“One was a book by Susan Cain called Introvert, which is about introversion in an extrovert world. I was very interested in that, and my main character Dana is an introvert. The police force is an organisation that majors on personality and being able to project your personality into a situation. The other part was based on a true story about a guy called Christopher Knight who disappeared in Maine, New England in the US. He didn’t emerge from the forest for 27 years. In all that time, he spoke one word to one human being. He lived deep in the forest, but only a mile from town. I read a book about him and was fascinated by what that would do to a human being, to be 27 years with only the sound of your own voice and the voices in your head.”

Now living his own kind of quiet life as a full-time writer on the Sunshine Coast, Mr White is a world away from the crime scenes of the UK, but says his time there was vital in creating the kinds of stories he enjoys writing – and the world loves reading.

“It’s not really possible to get too much under the skin of it without having direct experience,” he says. “It’s a unique mentality and a unique environment. I’ve often found police have more in common with criminals than they do with the rest of the population. They’re in such a strong world, talking with criminals, being able to talk to someone who understands some of the stranger aspects of what they do.”

In Hermit, Mr White has created a character-driven, claustrophobic noir, a slow-burn narrative, with much of the story taking place during the interview. It’s perfect for a TV drama or film, a prospect Mr White is thrilled about.

“It would be pretty simple to film,” he says. “That’s part of the appeal. There’s not a lot of different locations, it’s not spread all over the world.”

And of course, it has that quintessential Australian outback landscape that audiences are so drawn to. While he’s only been in Australia five years, Mr White felt confident it was the right place for the setting of his book.

“There are certain places where it’s easier to disappear than others,” he says. “In Australia, the vastness of the space, it would be very easy for someone to disappear into the bush. As long as they survive, no one is likely to bother them. It’s more of a natural fit for the story than most of Europe.” 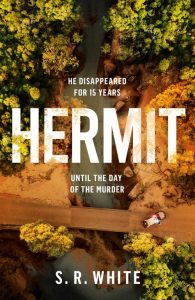 Hermit is published by Hachette Australia and is out now.

“It’s about people and relationships”
Cream of the crop