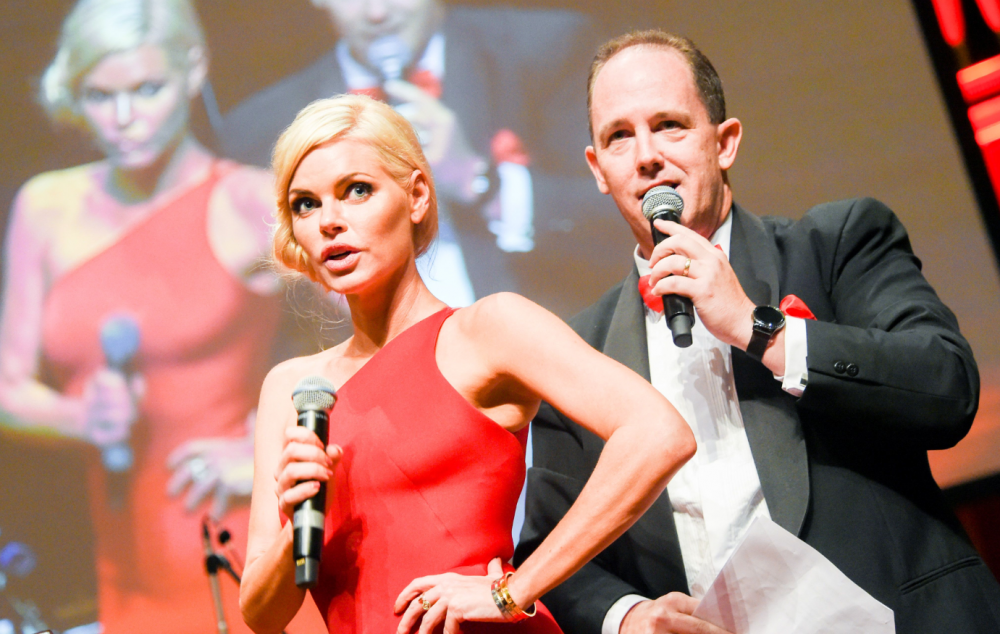 Sunshine Coast identity Justin Veivers has one of those names. When he worked for Channel Seven he used to get mail addressed to ‘Justin Beaver’. These days, he’s more likely to be confused with ‘Justin Bieber’, which must wear thin, but he also gets a laugh out of it.

Veivers grew up in Beenleigh and began his career working in radio at 4BC and 4TAB in Brisbane, followed by 11 years as the sports presenter for Channel Seven on the Sunshine Coast, a role that made him a recognisable face on the Coast.

From there he scored a job as the full-time sponsorship agent for Yandina MotoGP champion Chris Vermeulen.

“That was an amazing two years,” he says. “For a sports fan to be so close to a world championship like that, it was amazing.

“I learnt so much. The people you’re dealing with, they don’t deal in small figures, they deal in big figures.”

“Chris’ team had a budget of 30 million Euros. It was just a whole new world.

“You had every nation under the sun involved – Italians, Germans, Americans, Spanish, all in the same room negotiating and talking deals.

“That was a big learning curve but I loved every minute of it.”

The motor racing industry took a nosedive when the GFC hit and Veivers returned to the Coast in search of work and, as seems part of his DNA, landed on his feet, taking on the job of CEO of the Sunshine Coast Sea Eagles (now the Falcons).

“I loved it but it was the hardest thing I’ve ever done,” he says.

“We didn’t have any money and trying to raise money was difficult, but you felt you were doing it for the right reasons, trying to give those young men an opportunity to get to the next stage of their careers.

“When I started we were in a pretty poor position. Over the course of the year, that team came together and we went on to win the Premiership, the only team that’s ever done it in their first year.

“It was interesting to see the Sunshine Coast Lightning win their first season – it brought back a lot of memories.”

While Veivers enjoyed his four years immersed in the footy world, he was burnt out by the end and ready for a new challenge, which is when he jumped at the chance to take on Red Energy Promotions Noosa with his wife Jodi.

He looks back on his years working in the media and in elite sports as having led to this point, where he can run his own business and be his own boss.

“I was a good employee and gave it 110 per cent, but it’s nice to give 110 per cent for yourself and manage your staff in a way that gets the best out of them. I’m a doer – I make things happen. In small business if you’re going to be successful you’ve got to be a doer.

“Jodi and I work really well together,” he says. “People ask me about working with your wife – we complement each other. What I’m good at she’s not good at, what she’s good at, I’m not.

“When you run your own business you’re always on, always doing something, you work weekends, late nights.

That’s what it takes to make a small business successful. We talk to a lot of different businesses and the first question is always, how’s business?

“They say it’s good, but you have to work hard for it. That’s the common denominator.

“I’d like to think it’s going to be our asset into retirement, something we can build up and then hopefully retire early.”

Veivers still has a soft spot for radio and works as a fill-in presenter at Mix FM, as well as being a familiar face at as the MC of some of the Sunshine Coast’s biggest charities.

He’s been involved with the Daniel Morcombe Foundation, working as MC of the Dance for Daniel, as well as supporting Give Me 5 for Kids.

“Through my role in Seven and radio I have been the MC at a lot of events and been involved in a heap of charities,” he says.

“The Sunshine Coast is a cracking community. I still think if you’re prepared to come to the Coast and get involved in community groups and charities, you can still make a difference.

“I love where we live and there are so many good business people on the Coast who have really good morals, who understand they need to put back into the community.

“There aren’t many businesses on the Coast who shirk their responsibilities to the community at all.”

Having lived on the Coast for 22 years and with two teenaged kids studying here and hoping to find future employment locally, Veivers is optimistic about where things are headed.

“The Coast under Mark Jamieson is pretty exciting,” he says. “To me it sounds like they have gone about the Coast’s growth in a strategic way.

“The hospital project is just incredible and it’s not just about that, it’s the spin-offs – real estate, people moving here, value in homes being held, businesses able to sell to a lot more customers.

“If the airport happens that’s going to be a great second prong to what they’ve done at the south end. From Noosa to Caloundra, you’d have to say we’re in for good times.”